Dismiss Notice
This forum does not allow a single user to have more than one username. If anyone wants to change their username contact an admin and it will be done. Multiple accounts belonging to the same member will be deleted without warning.
Nov 14, 2020

I put a portable table next to the RV and ran clamp on power wires from the house batteries into the West Mountain Radio Rig Runner 4004U. I just picked up this little power distribution unit for about $85 at HRO. You get 4 anderson power pole connections with varying current capabilities, plus a couple of USB ports, which is also useful for things like Raspberry PI based ham applications.

The HF Amp is an MX-P50A, capable of 50 watts on 10-80m. I found that the amp had no problem delivering the desired power when working within 2:1 SWR conditions. And of course, the rig is the Elecraft KX3. You can tell I took this pic in the morning because of the coffee cup; that was replaced by beer later in the day

The antenna used is the Buddipole deluxe kit with the Low Band coil, Triple Ratio Switch balun (I operated at...

Finally got my Base Station up and Running!!

Aug
15
by AmericanEagle575 at 8:58 PM (2,662 Views / 13 Likes) 8 Comments
Well good afternoon Friends, as you might remember in my last post,I was slowly starting to put together my base station,well there's been a change in radios,went from the Ranger 2950 to the brand New Uniden 980 and the receive is night and day from the Ranger , it's so much better on the Uniden!!

Finally got everything hooked up to the Antron 99 and I checked the Swr on 1 and 40 and they were 1.1 on channel 1 and 40 was 1.3, didn't have to adjust anything!! I spent 2 hours on the roof getting everything ready ( my dad was my spotter just in case) and everything is going well!! I usually hang out on 38 LSB listening and my numbers are 575!!! Hope all of my radio friends have a great day and God Bless you all!!! 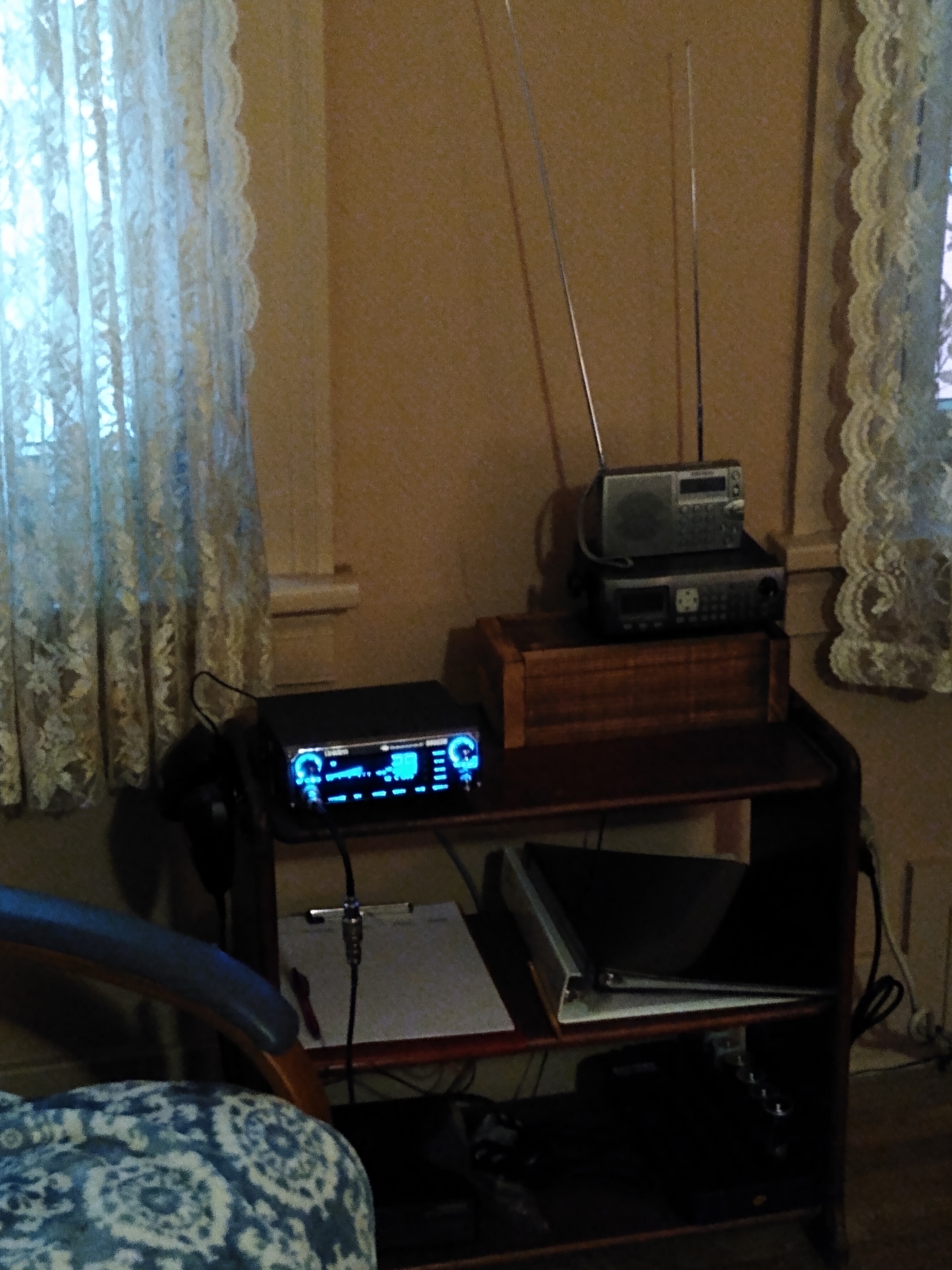 New CB Base Station Set Up

Aug
03
by William Ebert at 1:55 AM (2,434 Views / 9 Likes) 14 Comments
My Base Station set up I just put together. Mounted the Solarcon A99 antenna on the roof yesterday. Look forward to playing around with it. I’m located in Bethlehem, PA which is about an hour north of Philadelphia. 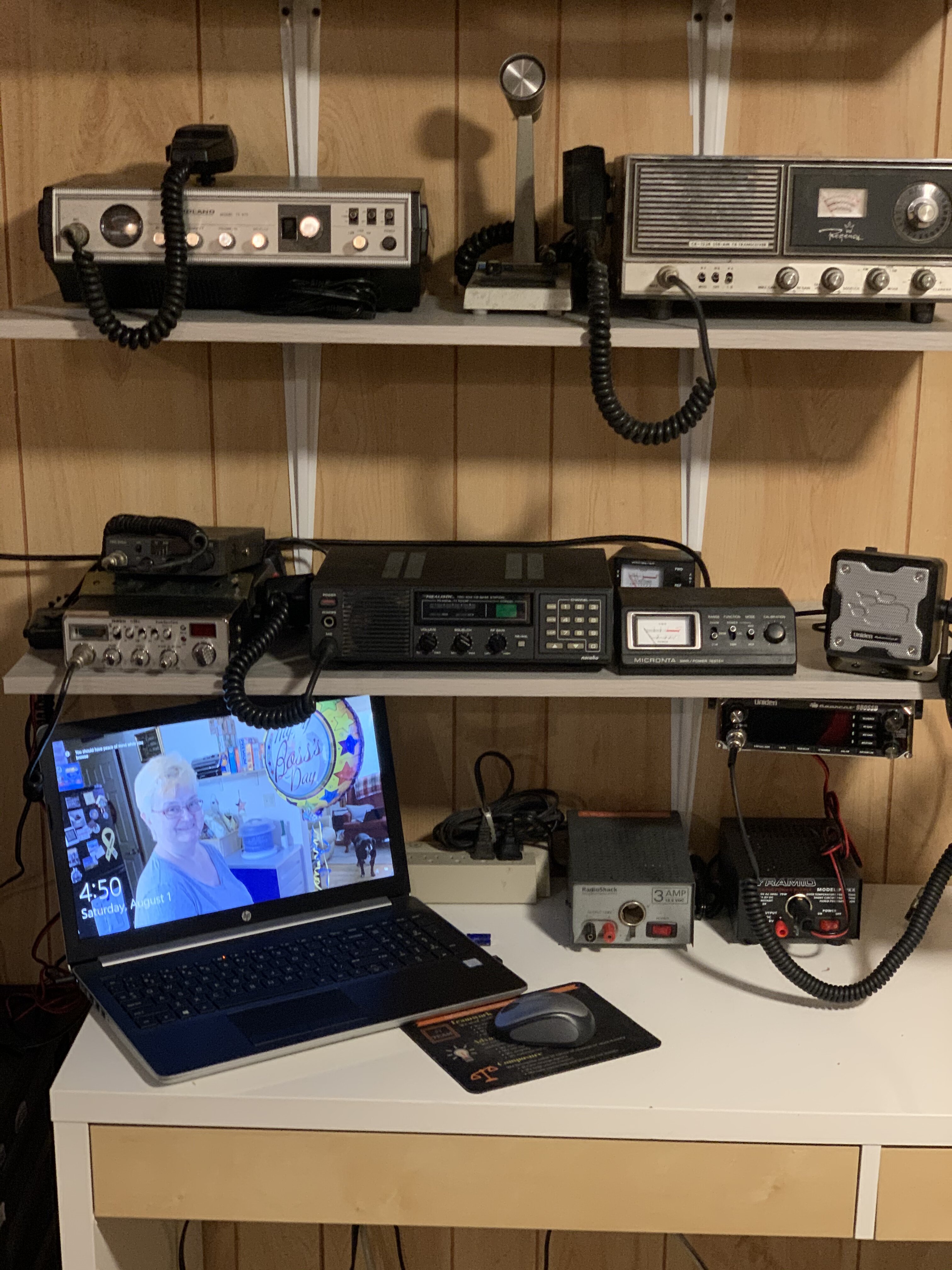 New toy Hackrf one with portpack

this is the Chinese clone, but from all the vids I watched , the clones work exactly the same as the original Hackrf one and the clones with the portpack and case are way cheaper

also this one has the Mayhem firmware(could get a person in trouble!!) that is open source with updates and new functions coming out all the time, you can also transmit !!

youtube hackrf mayhem to see all the things it can do 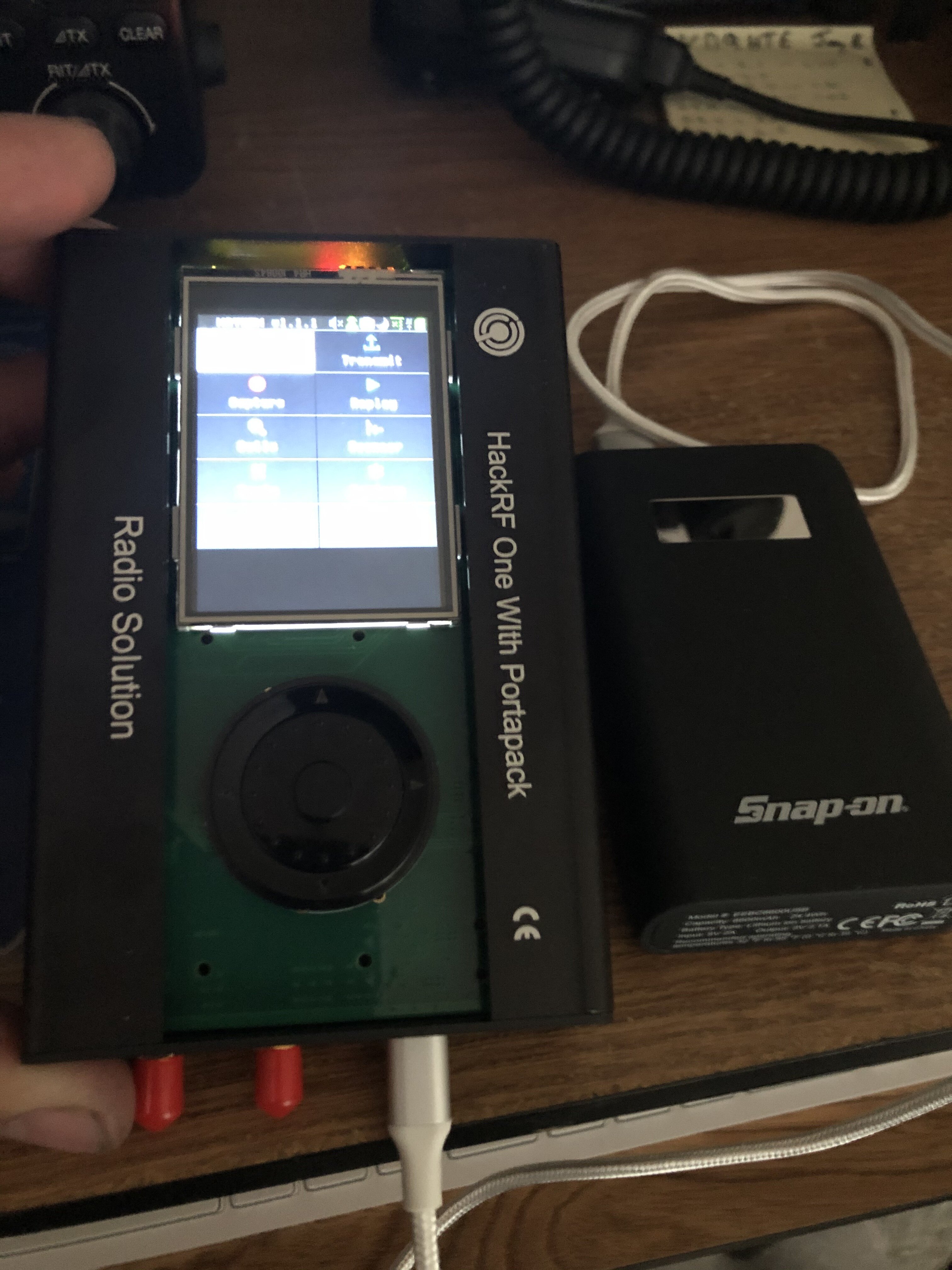 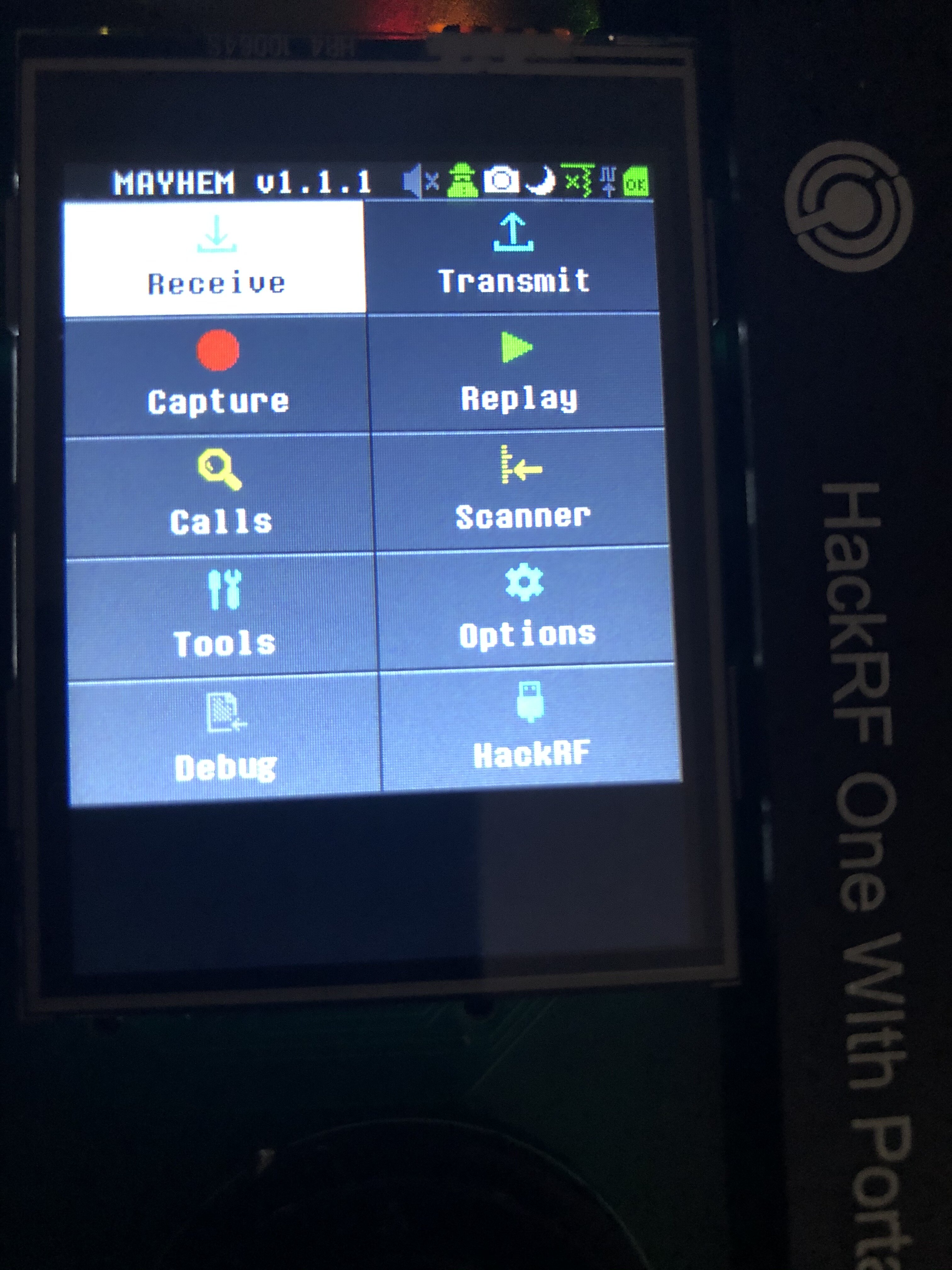 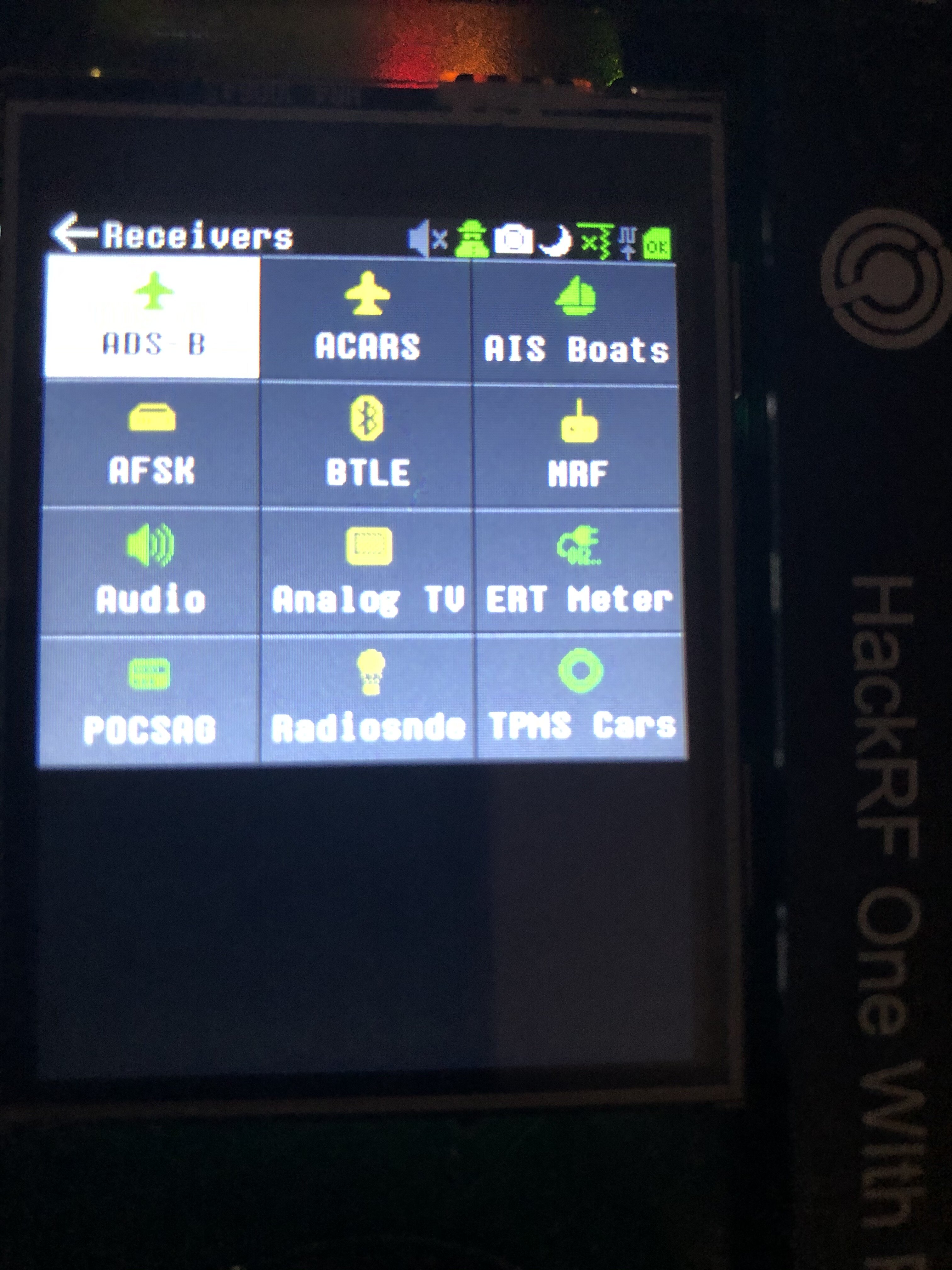 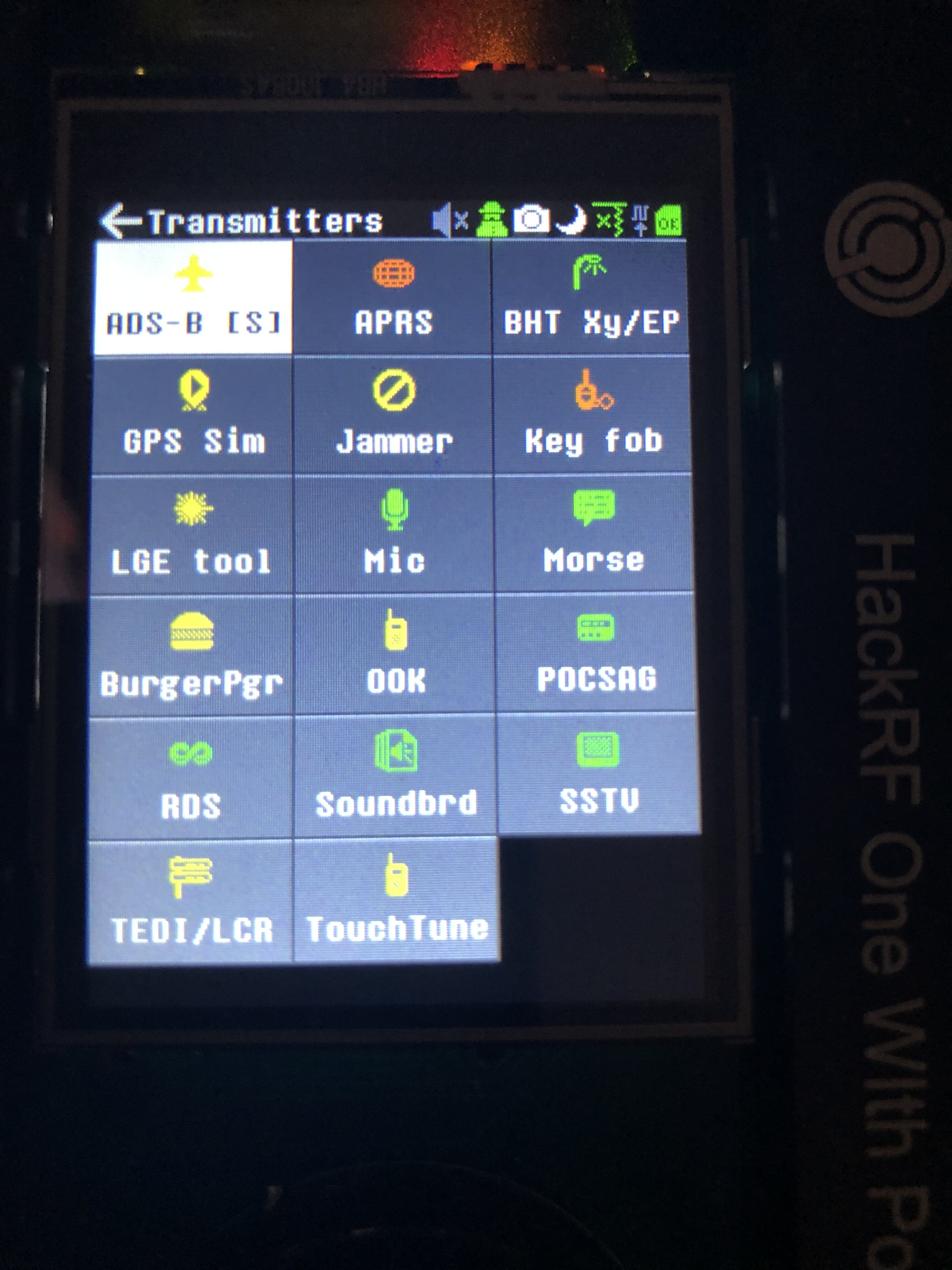 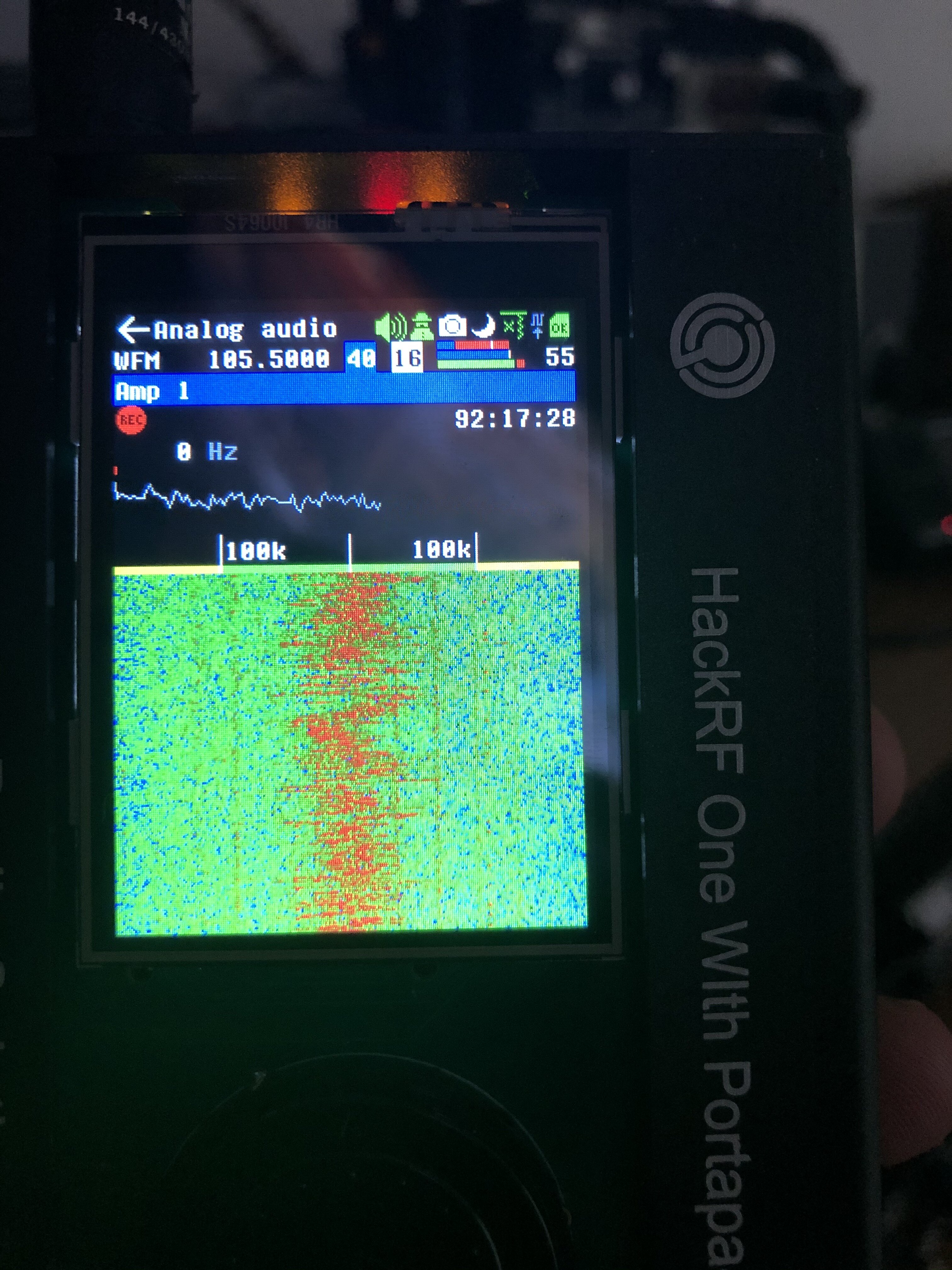 Sep
17
by Moleculo at 6:11 AM (6,590 Views / 4 Likes) 3 Comments
Just wanted to give an unsolicited shout-out to Heil Sound for some very nice customer service. A couple of weeks ago I ordered a new band for my SM-1 shock mount (they wear out every few years) from an online retailer. The easiest way to replace the band is to take out a few of the outside tiny screws that hold the band clips in place. In the process, I dropped one under my desk never to be found again.

So I emailed Heil asking what size they were so I could either find some or even if I could buy a few. A nice lady emailed me back asking for my address and she mailed a couple to me free of charge. I know the cost of the screws and postage was under a dollar, but the fact that someone took the time to go out of their way and make this very small gesture really impressed me.

As a very small gesture of gratitude, here are some links to the really cool shock mount and Mic setup that I use on my station:

The TYT MD-UV390 and a Zumspot: DMR on the Cheap and Easy

Jan
17
by Moleculo at 5:33 AM (9,412 Views / 2 Likes) 3 Comments
I recently decided to expand my digital capabilities beyond D-Star and decided to purchase the TYT MD-UV390 VHF/UHF dual mode FM/DMR HT with GPS along with a ZumSpot hotspot from Ham Radio Outlet. The Zumspot is based on the Raspberry PI-Zero and MMDVM project. I couldn't be happier with this combination, which will get you on DMR for under $300.

The TYT MD-UV390 dual band radio lists for about $150 and comes with the programming cable / software and additional high-gain antenna. The manual and documentation is a bit rough, but once you understand the programming principles is pretty easy to get going. The ZUMSpot comes pre-loaded with Pi-Star and is a snap to setup if you've already registered for the appropriate digital ID's. There are plenty of guides online on how to setup Pi-Star, but if anyone has questions, I'll be happy to answer them. 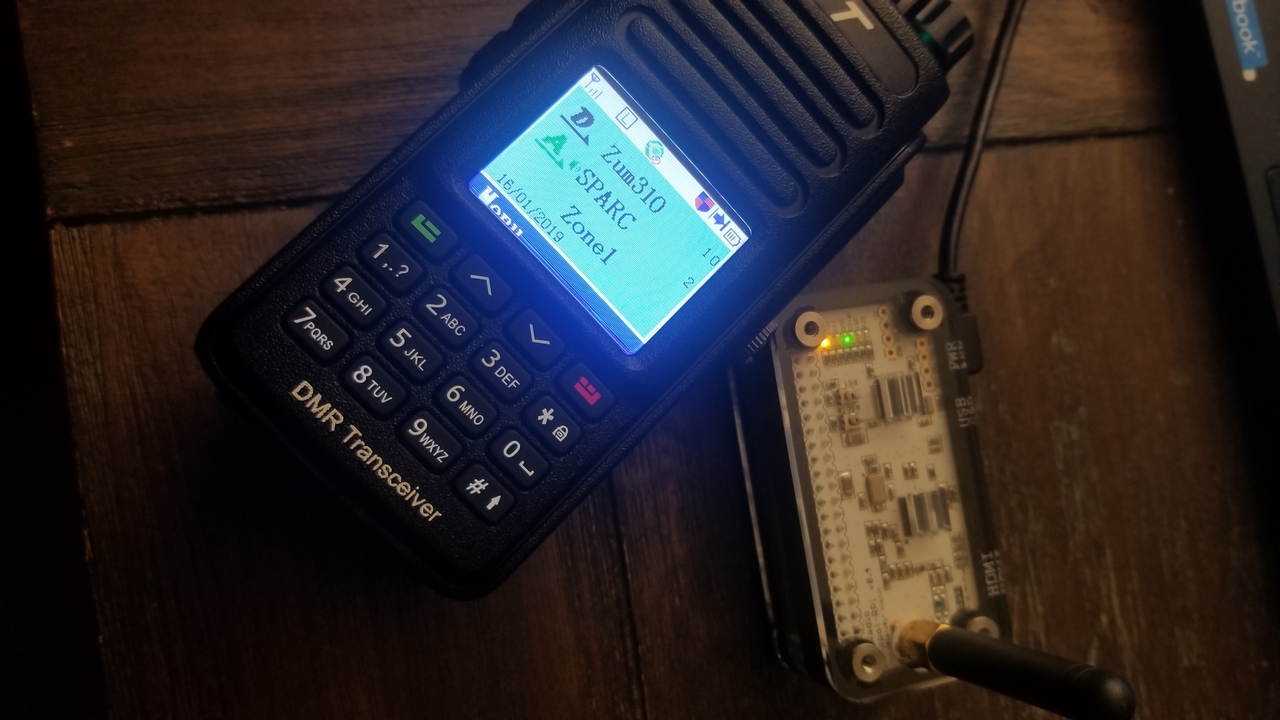 Jan
15
by Moleculo at 8:47 PM (9,136 Views / 1 Likes) 26 Comments
Icom just released a preview video showcasing the new Icom IC-9700 rig. This thing looks pretty sweet, especially for satellite ops. Icom only has a pre-release brochure out and not all of the features are covered, but I attached it anyway.

Jan
14
by Shadetree Mechanic at 2:55 AM (12,240 Views / 17 Likes) 74 Comments
Hey guys,
Just a quick update on the shack progress. I had purchased the yellow Robyn 240D a while ago and quickly realized that I didn't have a good place to put it. I am not a fan of stacking radios on top of one another and the Madison on my grandfather's Hammerlund kept bugging me. I wanted to build a shelf that was worthy of being in this station and I wanted it to look like it belonged. Here is a picture of the old station. 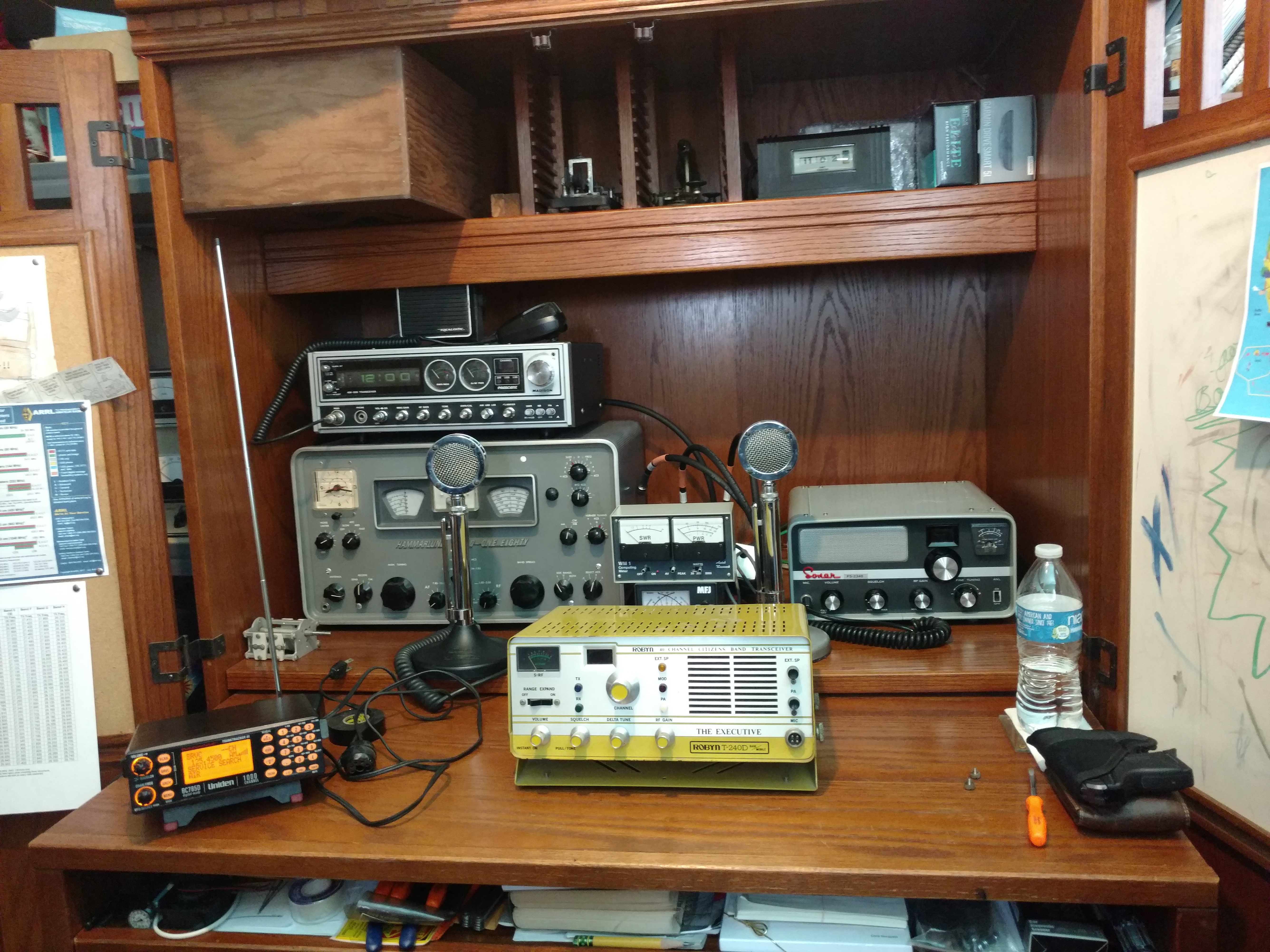 Oldie but a Goodie 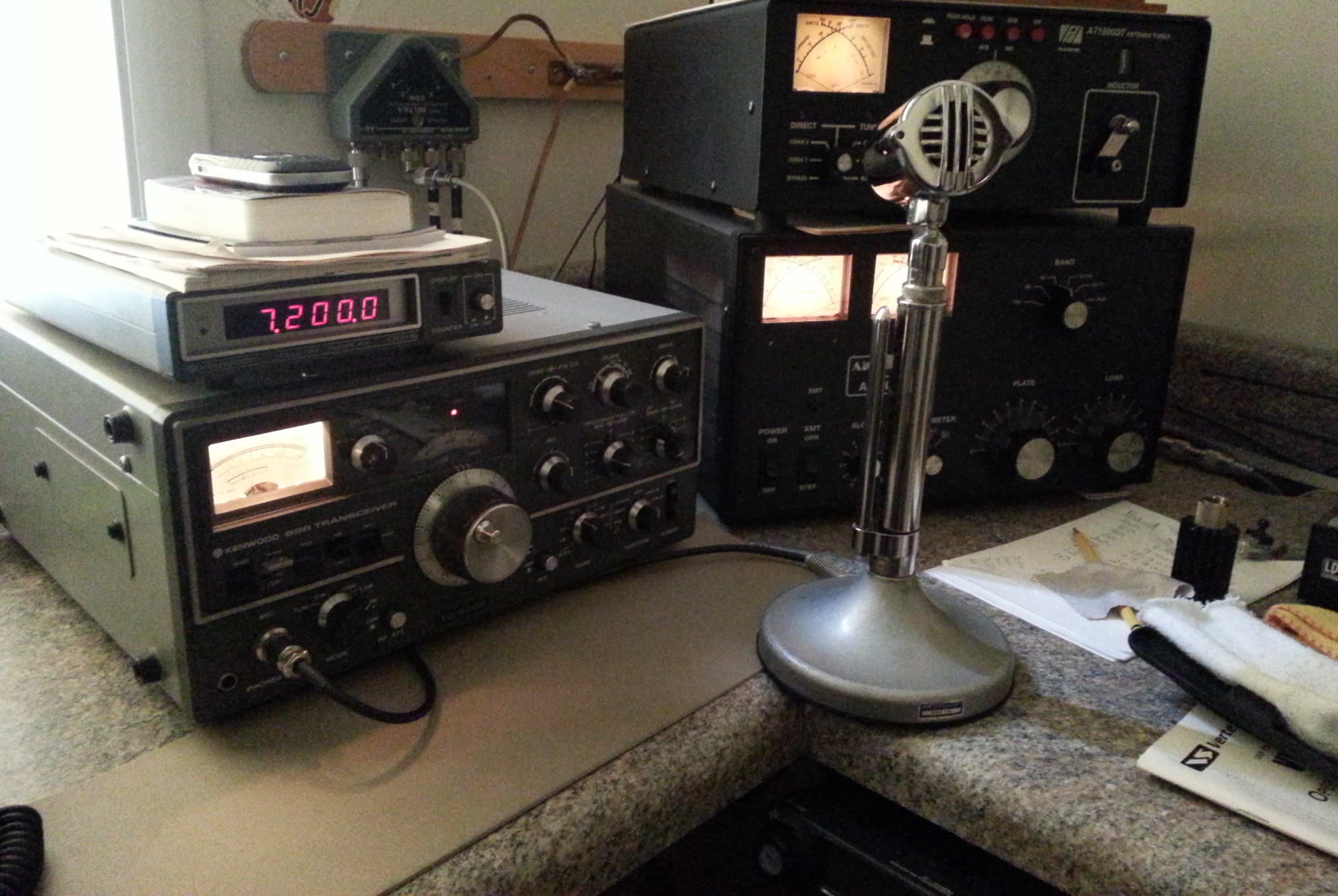 Mar
02
by KD8HMO at 12:44 PM (11,503 Views / 9 Likes) 17 Comments
Just got my radio room painted and new carpet today. Now I can order the new corner cubicle desk that I want. I was moving stuff around and snapped a pic of the family. 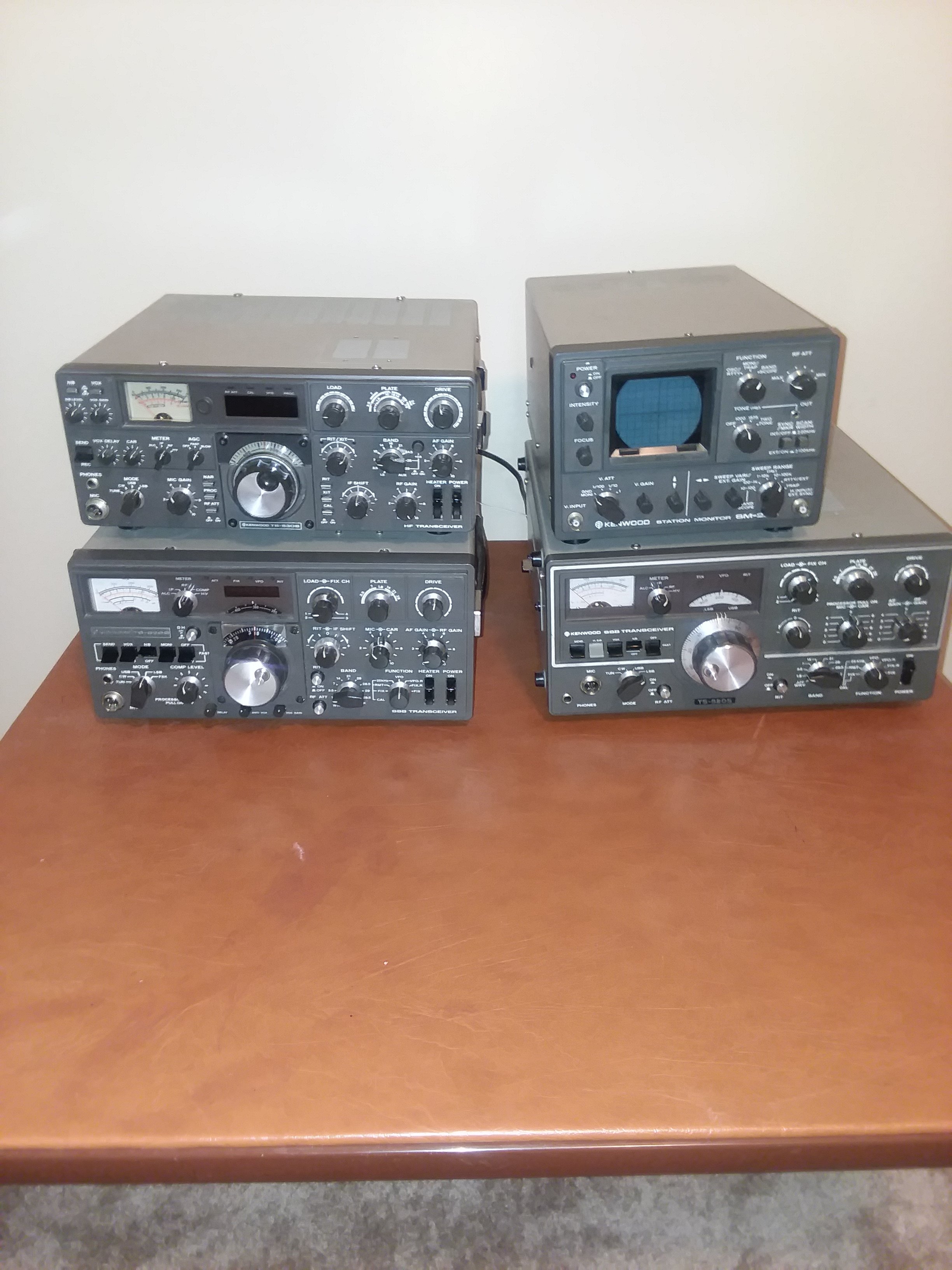