Don Stoner....
Arguably, the worlds best SSB CB.
Man I would love to have a Stoner Pro 40 SSB.

Here is a really good Page (thanks to Woody) About Don Stoner and His SSB Radio, including some other Acc`s to go with it.
The Pro 10
Pro 40
Pro 80-10

Want to see some of his work after that?
Google SGC.

SGC was formed as a partnership by Pierre Goral and Don Stoner in 1971 to develop a company that would apply a "leading edge technology" to the production of high frequency communication equipment. Both of these men brought extensive experience in design and construction of radio equipment to the company. Don was known for his many publications in the field of ham radio, and Pierre had become a leading expert in getting top performance out of HF systems. The company was incorporated as SGC, Inc. in January of 1973, and was owned equally by Stoner and Goral until October 1978 when the entire Stoner interest was purchased by Goral.

SGC's first product introduced two new concepts that gave the company a distinct competitive advantage. The single sideband radio, model SG-711, incorporated solid-state circuitry including a power amplifier as well as full wideband technology. This innovation set the industry standard and provided SGC with a five-year lead in the SSB marketplace. The technology simplified the design, lowered the cost and dramatically enhanced both serviceability and product reliability. It allowed SGC to be profitable from its formation and self-funded rapid growth.

Since 1971, the perfection of HF-SSB has been the focus and life of our company. Today, SGC is a prominent choice of leading corporations, governments, relief agencies, mariners, aviators, explorers, radio amateurs and scientists all over the world. They trust our engineering and value our experience.


For the last 30+ years , SGC has developed a series of HF SSB radiotelephones, amplifiers, power supplies and accessoires; designed with increasingly sophisticated engineering principles. SGC has continued to be an industry leader, also designing antenna coupling systems and antennas to meet various application needs. In the mid 1980s, our Smartuner(TM) antenna coupler revolutionized the ease of automated antenna tuning. Today, a variety of Smartuners exist to fit every market and use imaginable. They are used worldwide on military vehicles, commercial oil rigs and in ham shacks.

In 2004, Pierre Goral died of cancer and we lost our founder and the driving force of SGC. During his illness, Pierre worked to steady the course of SGC's future, entrusting his wife Pamela Goral and a loyal management team to continue his legacy. Today, the company continues to reach new heights in product development, quality and customer service.
Click to expand...

He had really talked up that radio and was he ever surprised when the two rigs performed neck & neck.

What made me feel really great was the wider ssb filter in my SBE which gave it richer sounding audio yet the Stoner didn't seem to offer any better selectivity or sensitivity.

But it is a cool looking & unique radio.
C

AudioShockwav said:
Don Stoner....
Arguably, the worlds best SSB CB.
Man I would love to have a Stoner Pro 40 SSB.

Here is a really good Page (thanks to Woody) About Don Stoner and His SSB Radio, including some other Acc`s to go with it.
The Pro 10
Pro 40
Pro 80-10

Wnat to see some of his work after that?
Google SGC.

I just got off the phone with a friend who has a Stoner 80-10 still wrapped up in the original packaging, new & unused, that he is thinking of selling.

Any idea of the value? Offer?

Wow, what ever the guy that wants it the most is willing to pay.
E-bay can get real crazy sometimes and if he list`s it with some good picture`s and the history of the radio, and Stoner I can see it bringing a High dollar mark.
If it was mine, I would not sell it.....he should put a healthy reserve on it.

Good Luck finding. I have been a Ham for 40+ years. I have seen only one, this was a prototype shown at the Des Moines Hamfest in like 1977-8 (I think?)
They never went into full production, that I am aware of.
The demand was questionable due to them being SSB ONLY in that era of CB/Amateur radios.
Reactions: Shadetree Mechanic, YR Mason FL and NZ8N

Here are a few for you! 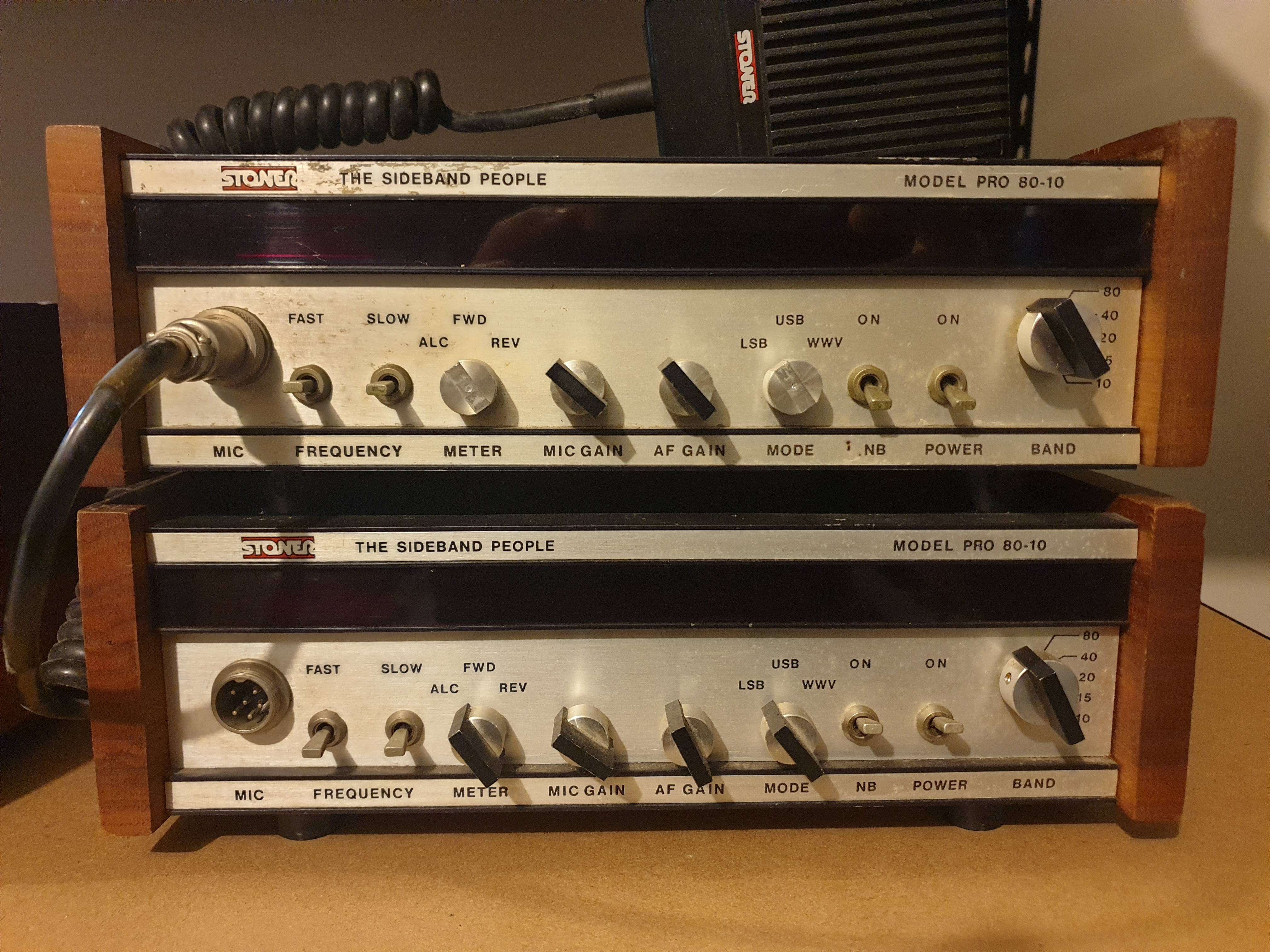 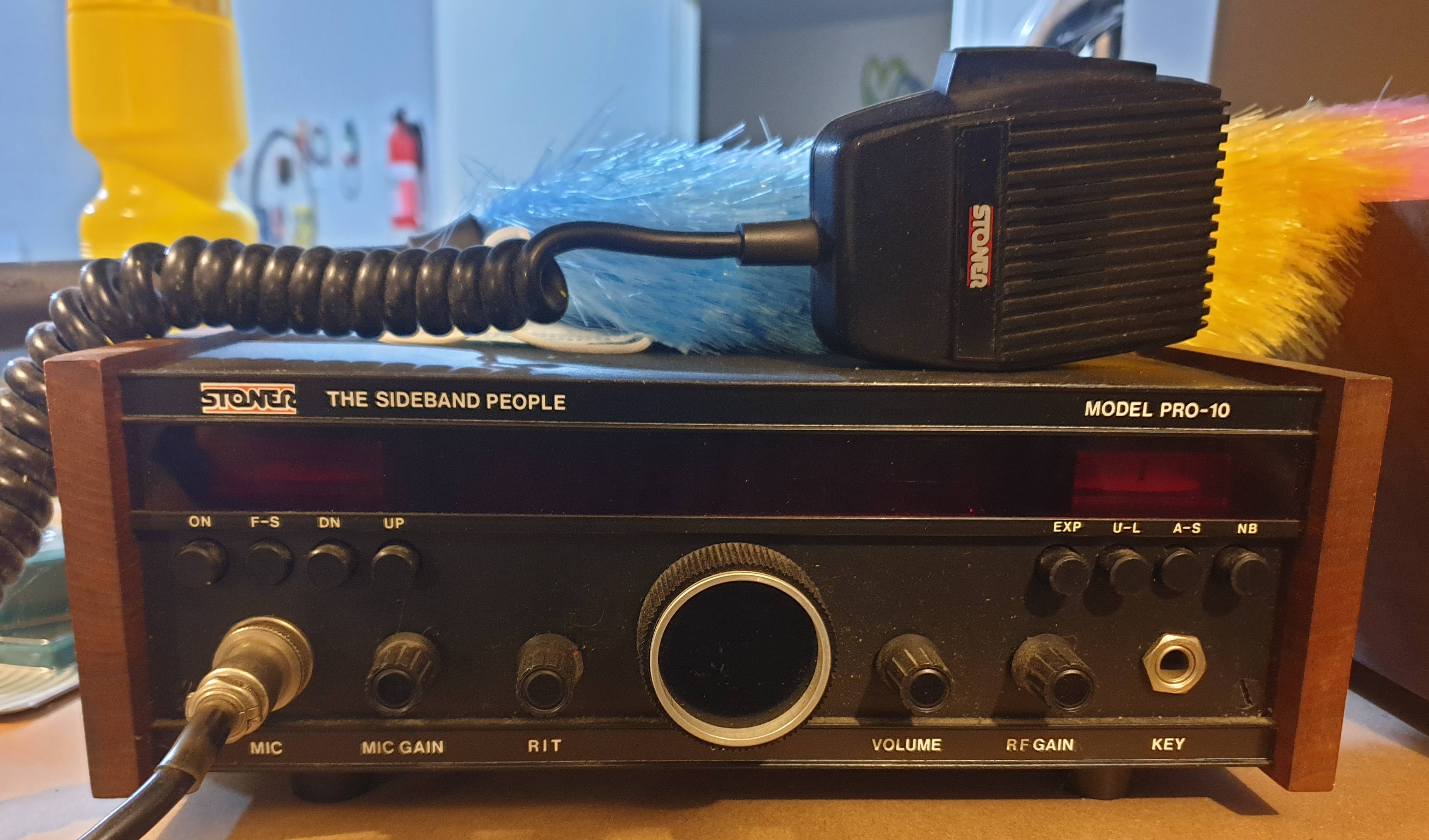 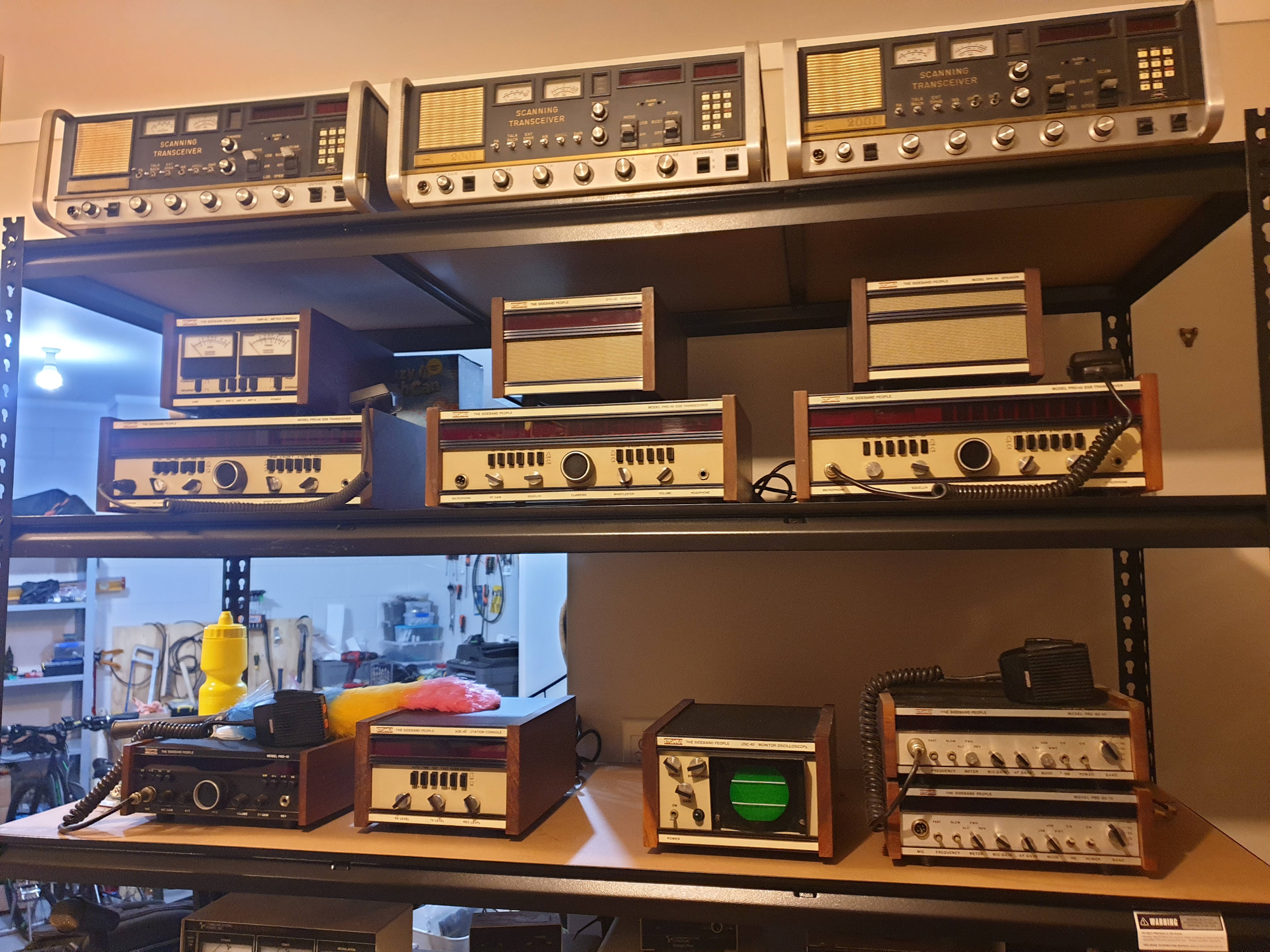 Reactions: Shadetree Mechanic, Woody-202, tecnicoloco and 2 others
You must log in or register to reply here.