I have an Icom R70 with quad conversion receive, it's a real nice receiver but the AM transmit audio sucks.
Reactions: Captain Kilowatt

So many ways you can go here it's not even funny. I was in a very similar situation as you several years back. I picked an Icom IC-718 mainly for cost. I too, wanted that smooth sound on SSB. Later added an Inrad narrow SSB filter, which made a huge difference in the receive. I still have this rig, and really enjoy it. There are many others out there in your price range.

I know hams are always pushing people to get their ticket... so here goes my push now that I am one. You mentioned the DX dying out due to the solar cycle. That's the main reason I got my ticket... DX is there on other bands when 11 meters is dead! I'd pick a rig that suits your needs and that you like to operate. Get your ticket! Triple conversion and quad conversion might turn out to be something you don't care about. My OLD TS-520 has one of the nicest sounding receivers I've ever listened to, and it is a just a dual conversion rig.

I have exactly that set up and it is great

Icom is so full of $h!t with their quad conversion claims!!! the tried cheating by jumping off an IF stage if I am correct I remember reading about it years ago!!! The 11 meter boys that run the Icoms in my area refuse to accept this but then again they have had conversations on the 11 meter band on how their Icom CB radios are American made LMAO!!!

I don't seem to have any issues with my icom 746. I know it's not the best there is but it does work well for me. I am not biased per say as far as radios go, I would buy a kenwood if I was going to purchase a new radio but I am happy with my Icom.

I still regret ever selling my Icom IC-735. The receiver was VASTLY superior to the piece of crap in my present FT-857D. I honestly do not see a radio on the market today that really appeals to me, at least not one that does not cost $5000 or more. I dislike menus and like knobs and that is what things have been moving away from. I hate the looks of the newer Kenwoods regardless of how they may perform. I still like using my TS-820S however. Some day after I win the lottery I might just throw 10-12K out and get what appeals to me but for now I make due.

Running a special on our rooms!

M0GVZ said:
By meek and unimpressive you mean they actually sound like a radio should on AM instead of a pile of overmodulated overdriven bassy unintelligible crud.

People on CB have been doing crap overdriven unintelligible audio on AM so long they think its how it should sound. Err, no.
Click to expand...

If Cbers tick you off with their loud radios, stay in the Ham section of this forum.
Reactions: tecnicoloco

psycho said:
If Cbers tick you off with their loud radios, stay in the Ham section of this forum.
Click to expand...

He can't. His posts are about 80-90% in the CB section. Too many hams call him out on things in the ham sections. 'Course most just follow him here anyway.
Reactions: tecnicoloco

Captain Kilowatt said:
He can't. His posts are about 80-90% in the CB section. Too many hams call him out on things in the ham sections. 'Course most just follow him here anyway.
Click to expand...

Captain Kilowatt said:
He can't. His posts are about 80-90% in the CB section. Too many hams call him out on things in the ham sections. 'Course most just follow him here anyway.
Click to expand...

not to mention a certain actual Amateur only dedicated website,....... he gets HAMMERED on there
M

fourstringburn said:
I don't know why the video shows the hard way of doing things. It isn't necessary to use the ACC plug if you have the right mixer.

I use a Yamaha MG 10 small format mixer with 3 band EQ that has balanced XLR main outputs. I use a Heil XLR to 8 pin cable with the PTT pigtail jack wired for my Kenwood TS590 and plug straight to the mic input of the radio from the XLR output of the mixer.

It isn't the hard way, its the proper way.

By using the front mic socket, as the video states, you use the mic-preamp of the radio and all the distortion it has and any equalisation it applies to the input thus in most cases undoing what you're trying to achieve to some extent. Using the ACC socket on the back bypasses the mic pre-amp and this also means you bypass the distortion and any equalisation of the radio. You therefore get transmitted audio which is far far nearer what the mixer is outputting than by using the mike socket. Your TS590 being used the way you are is applying equalisation to the equalised signal you're putting into it.
Reactions: dave457 and ExitThirteen
M

DainBramage said:
not to mention a certain actual Amateur only dedicated website,....... he gets HAMMERED on there
Click to expand...

I'll just post this. I guess I don't have a clue: 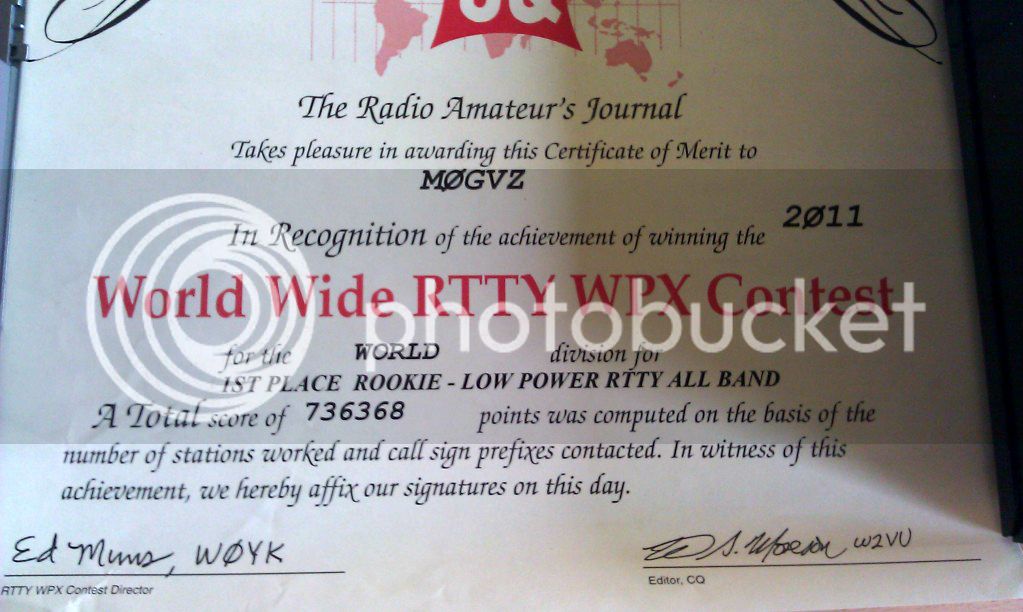 I also have six first in England for the CQ-WW, CQ-WPX, IARU World HF Championship and ARRL International DX contests. My scores are in the top 20% of all entries for all classes worldwide including those running 1.5kW into multi-stacked yagis on massive towers.

What the whiners on that site can't accept is someone who has been licensed only a few years and not being a brass key pounder holding what is considered a cornflake packet license doing that well.

I'm on this board because to be honest, amateur radio is seemingly full of people just waiting for god and CBers seem to have a lot more fun with radio.
Last edited: Mar 14, 2015