I've noticed some photos of dipoles that are mounted in an upright "V" position, particularly as Ham antennas, as opposed to horizontal. Other than saving a little bit of space, what is the effect on the way the antenna works?

What's the difference? Nothing in particular. Most of the time it's because of something stretching, or getting loose in some way, or just not having enough room.
- 'Doc

Most radiation from a dipole occurs at the high-current point -- which is the center/feed point. I wouldn't intentionally install an inverted-inverted vee unless it was for some emergent reason. I want the highest current point of my antenna system up as high as I can get it.
Reactions: Lazybones1222

Actually, the angle between the elements of the V impacts both the impedance and the resulting pattern.

sp5it,
You're sort of right with a few qualifiers added in. One of those qualifiers is height above ground with either of those two types of dipoles. Below a 1/2 wave length, neither is very directional at all. As that 1/2 wave above ground is approached, things start to get sort of bi-directional. You've got as much directionality as you'll get when you get to about 1 wave length above ground (with either of those two types of dipoles).
Another qualifier is the angle between the legs of that inverted 'V'. If it's greater than about 120 degrees, then you can figure on it having a directional pattern about like a 'flat-top' dipole. At less than 120 degrees things start to 'spread out', less directionality, till you get to around 90 degrees between the legs. At that point, quit, less than 90 degrees isn't good for anything. Actually, an inverted 'V' is a dipole with an angle of 90 degrees between the legs. It does have some benefits, but nothing as optimistic as is usually claimed. It also has a few 'bad' characteristics. As in the input impedance isn't going to be near 50 ohms, and it get's a bit ticklish for matching to 50 ohm coax. Most of the "inverted 'V'" antennas you see are really more of a 'drooping' dipole, closer to around 120 degrees between the legs. And as already said, that 'droop' contributes to impedance matching while still keeping a resonant length.
- 'Doc

And no HF wire dipole, suspended only by the ends, is going to be perfectly horizontal, especially with the feedline attached. It would take an infinite amount of pull on the ends to counteract gravity. The trick is to keep the center as high as possible.

Agreed Beetle. It is always easier to find one high support than two.

Great info. I'll use it.

Captain Kilowatt said:
Agreed Beetle. It is always easier to find one high support than two.
Click to expand...

Friend of mine in Vegas, a long time ago, was trying to put up a dipole "just like in the ARRL Antenna Book". Didn't have too good of a grasp on physics. He'd tried three times to get that 40M dipole up between two nice tall pine trees in the Charleston Mountain area NW of the city, and they kept breaking. He called me, so I drove up and saw the problem. The Antenna Book's illustration was a drawing, rather than an actual photograph. He was using #10 stranded copperweld (!!!), with RG8/U - the good stuff - and putting the dipole up at the 55 foot level with heavy duty pulleys.

He couldn't get the dipole "flat"! If he pulled too hard, the trees would actually bend inward just before the wire snapped! Imagine that!

In my best high school student explanation of physics, I showed him why he couldn't do much better than "sorta flat". He connected the coax and was on the air with one of the better 40M dipoles I've ever seen, even though the center was about a foot lower than the ends.
K

I don't really know how to navigate this site for I lost 90% of my vision. I still build antenna mounts just like the one in the old website of the chemistry dept of Hawaii. 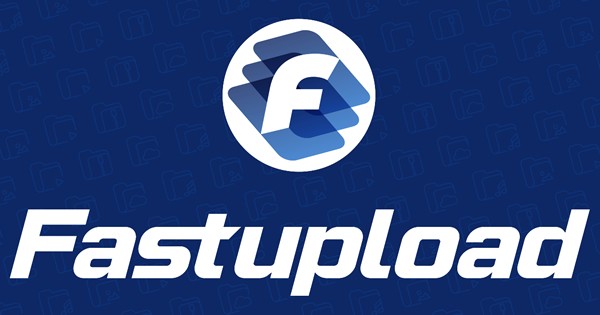 fastupload.io
The site came down many years ago and I saved the old website in Safari on my MacBook and I had it converted to PDF for everyone to use. Using antenna modeling from another Amateur Radio operator KK4OBI, I found out 90 degree bent dipoles are inherently 50 to 52Ω at the feedpoint. I have tested the V dipole on 40-20-15-12-11-10-6 Meter band so for with perfect results not needing an antenna tuner. Just RG-58 or RG-8x coax to rig. My notes are on my QRZ pages and Google Docs Open source for others to view. I somewhat see a paperclip to attach files but just can't see good enough. If any one or any body has questions just email me or call me any time and I do mean any time. 73 KB1UKU/M
Last edited: Monday at 11:24 PM
Reactions: Shadetree Mechanic and Crawdad