I'm building an antenna I can hide in an approximately 40' tall Blue spruce tree. The intent is to snake 40' of 1/2" CPVC pipe up the trunk, with the coaxial antenna inside it. These trees aren't made for climbing since they have hundreds of dead sticks inside, so tossing a rope over a branch and pulling it up isn't in the plan. Here's an article on the basic antenna. http://www.iw5edi.com/ham-radio/3777/the-vertical-bazooka-antenna?the-vertical-bazooka-antenna,18

I trimmed the coax 'outside covering layer" by very carefully scoring it with a knife lengthwise. Don't get as deep as the braid. You can then split at the cut and strip it down as far as you scored it. Take your time. Don't nick the braid. I suppose there's a tool for that.

I'll keep you posted on my progress.

I read the article. Interesting. Am not familiar with this particular antenna.
Maybe DB, Marconi or Homer will chime in and share their thoughts.
Last edited: Mar 6, 2022

My first CB base antenna was a homemade bazooka. Made from two lengths of electrical conduit. One cut to a quarter wave for the radiator, and one to run the coax inside as the sleeve.

Worked pretty well for no more than it cost.

Years ago I hauled one around with me in my mobile so I could toss a line into a tree and pull it up for a mobile/portable base station at work sites. It worked quite well being a vertical dipole. No big gain, but much better than the mobile antenna.
Reactions: Crawdad and Riverman
G

Many years ago (about 48 years ago) I built an antenna that is ideally suited for trees has fantastic band width, gain (over iso), omni directional, low angle of radiation and cheap as chips to build and super easy to tune with great low VSWR.

What I built with coaxial braided cable was a SLIM JIM, ( stub line intergrated matched J pole hence the slim jim abbreviation, normally most people build these for operation in the 2 meter band or shorter but after a bit of study I reckoned that this would work well on 10 and 11 meters and boy did it work well! 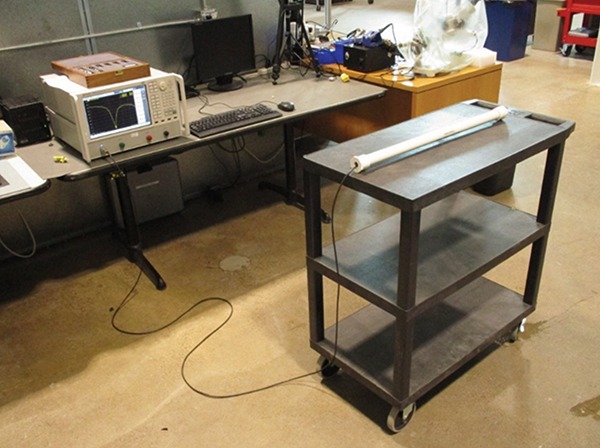 This article describes a practical approach to the design and build of a sleeve dipole antenna mandated by a custom EMC standard. 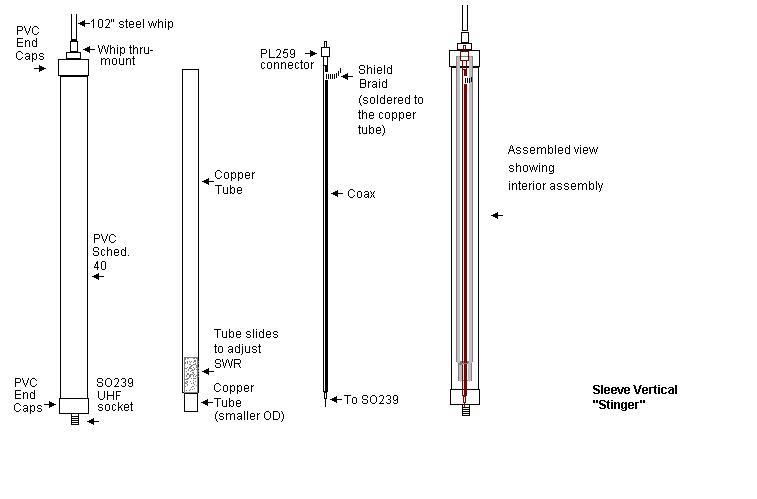 I wouldn't call it a "bazooka" antenna, although I can see some physical similarities in said design, electrically it is not the same. It looks more like a sleeve dipole to me.

I don't know why they are using the antenna's velocity factor for an external dimension. The coax's velocity factor is based mainly on the internal dielectric. The folded back shielding is not affected by said dielectric, so this makes no sense to me. That being said, this can be adjusted by adding length to the top element. Also, this type of antenna has a naturally high bandwidth, and the CB band is a narrow band to begin with, so the changes you will get from the velocity factor from one type of coax to another will likely not make that much of a difference.

It should work fine. Its a vertical dipole and will function as such. I would keep the base of this antenna at least 1/2 wavelength above the earth as being to close to the earth negatively affects this type of antenna's tune and performance.

I would also be on the lookout for common mode currents. Its possible you won't have any, but its also possible that you will. Because of this, I would call a properly built T2LT as superior in this regard simply because it has a choke built into its design. If you do need to add a choke, the best place will about a foot under the end of the exposed shield that was folded back on the coax.

This whole thing is more of an experiment for a temp antenna. I appreciate all the input. I have a Sirio GPE-27 5/8 wave sitting in it's box. That one will be painted camo and hoisted into a Maple tree, but not until later spring/early summer.

The problem, that I brought on myself, is I wore out the welcome in this household of CB radios. My SIL 1011-D, tower with a lot of aluminum at the top, and 1.2kw made a lot of noise around here. That was back in the 80s. I kept a few radios and mobile antennas. So as a result, I'm under orders to keep it invisible.

I'm not sure why the VF plays into the sleeve length. I've seen it being a factor in several specs I found for this antenna. But I did keep the shield I cut off (5-6")still on the coax, in case I need to use it.

I'll be connecting a grounded lightening arrestor at the base of the tree, then a run into the garage shop. I'm wondering if a spike driven into a root would suffice for grounding. If not, then a grounding stake will be used.

I've got the cable threaded through two, 10' sections right now. the third section will get a pass-through slot cut in it to bring the coax outside the pipe. A 4th section is available if I can use it. Total of 40'.
I'm going to try and get (or get away with) it 1-2' out the top of the tree.
G

This article describes a practical approach to the design and build of a sleeve dipole antenna mandated by a custom EMC standard.

I built one of these back in about 1983 but my design frequency was in the 500 MHz range for use in commercial systems, was a lot of fun designing it, as I recall what I figured out for theoretical construction panned out very well empirically using return loss bridges and all the rest of the paraphernalia essential in commercial design.
I found that copper tubing could be replaced with aluminium which is a lot cheaper but whether this would be practical as a 10 or 11 meters antenna I don't know.
With the length to diameter ratios of the material I was using at 500MHz the band width was very very wide I doubt the same would be true at 26/27 MHz.

The use of Large PVC piping could be advantageous, hadn't thought of doing this when I did the 500 MHz version as it would have been unnecessary but at 26/27 I can see good possibilities, some thinking to do!
Last edited: Mar 8, 2022

I've built at least a dozen of these with aluminum tubing at the bottom, coax through the tubing and out a PVC insulator at the center, and the center wire going up a fiberglass fishing pole for the upper part. There's one of them a few blocks away that's been in operation for at least a decade.

Painting the PVC with dark flat paint to camo it? How will the tree affect your swr ? How about using one of those black fiberglass telescoping antennas to get it up above the top? Decorate the antenna itself with some old plastic christmas tree parts to blend it into the scene. Is it to be disquised from all views? I just hide mine from the street view.
Might be rough getting up through the branches near the top for sure.

Update. I started with both elements (coax center and folded back shield) at 108". I stripped 1/4" from the top, I drilled a small hole in the pvc end cap, and soldered the coax center conductor to a brass washer to hold the whole thing up inside the pipe.
It wasn't too bad pushing the pipe through the tree. I had a planned route through a thin spot in the back. The top is at 34 feet and I can't see it from the ground.

First SWR check. ∞ infinity. Even with an antenna matcher it's way over 3:1.
I'll pull it down. cut both ends 2" and try again. I have a hunch I may end up at 102", or thereabouts.
Reactions: Shadetree Mechanic

It turns out that I have a length of coax that is no good. I'll replace it from the antenna to the radio and re-check the SWR.

Update. Either I used a bad piece of coax, the tree is affecting it, or the gods are against the idea.
SWR is high. 3:1 and higher. I have the elements trimmed to 102'.
The weather is going to start warming up a bit, so I can start work on the more permanent antenna soon. In the meantime, I'm working my mobile Hustler foldover antenna on the truck roof. Kinda tall, but it's been talking all over the country.

Try the top section at 99", and put a choke (5 coax wraps on 4" former) at 96" down from the point you peeled off your braid from the top section. You likely want to start with the top a little long for trimming to tune.
Investigate the flower pot antenna for potentially helpful information.
Reactions: AxlMyk