Takes a knockin' and keeps on rockin'. Was the slogan for a local FM rock radio decades ago.

Browning's base radios are tough old birds. A lightning surge up your power cord to a solid-state radio may put it to sleep permanently. Or maybe just set part of it on fire. 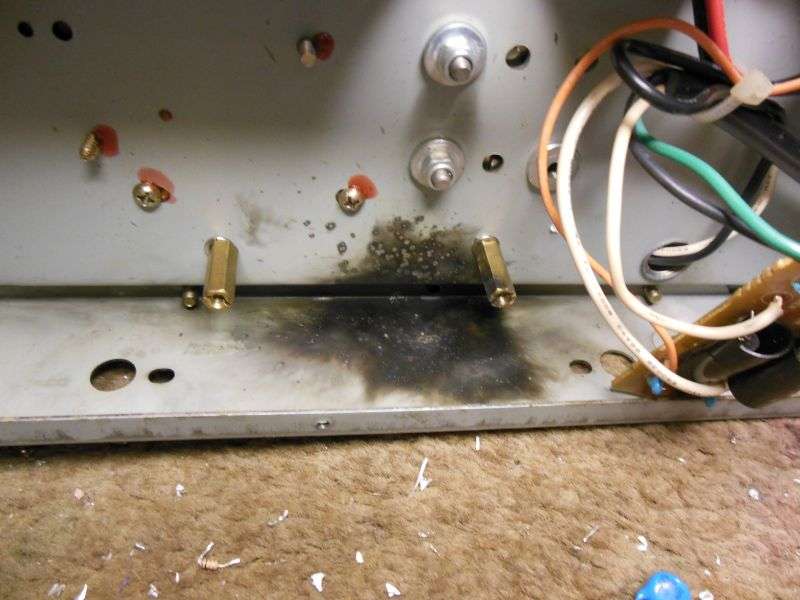 In all fairness, the DX2517 base in that pic survived okay. A new line-filter board and fuse was all it needed. Makes me think the tiny ceramic disc capacitors that serve to filter RF on the line cord are breaking down and acting as accidental surge limiters.

This Browning Mark 3 receiver had a lightning surge on the power line. Cooked the disc cap to ground on both sides of the power cord. 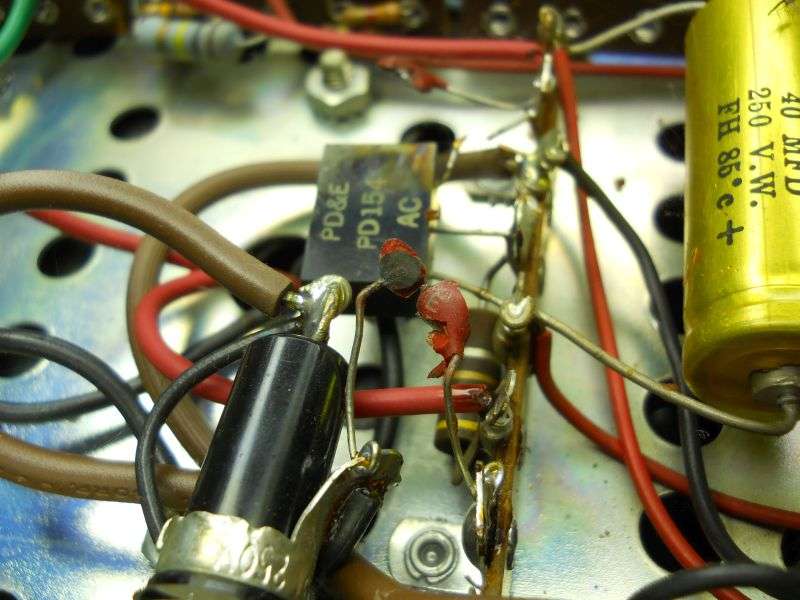 This side of the power cord started an arc to one leg of the 3-legged rectifier diode pair. 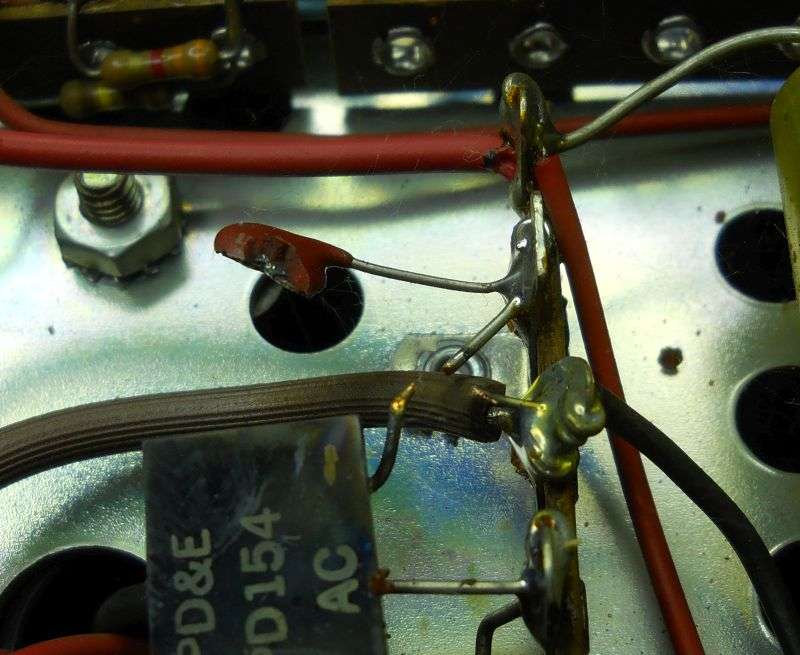 The arc that blew away one side of the disc cap went to ground by way of that wire and evaporated part of it.

Just as soon as copper becomes a hot vapor, it cools off and becomes solid again. It left a copper-colored layer on one corner of the diode block. 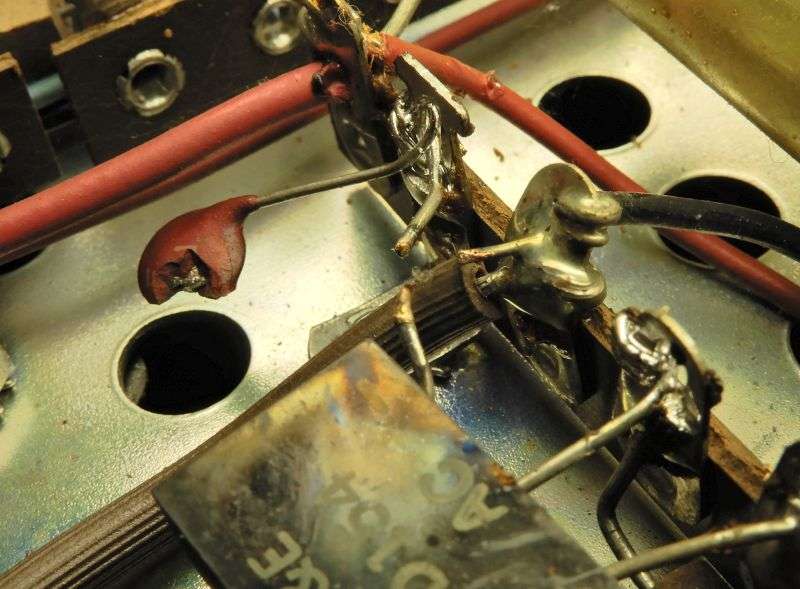 This radio was back on its feet once the exploded stuff got replaced. The power switch usually gets clobbered when this happens. Sure enough, the power switch failed the third or fourth time we turned it on.

Don't need pics of that.

Knock on wood, there isn't hidden damage lurking in the shadows.