It's much simpler than that. Just don't be an idiot. I hear guys fighting over a frequency all of the time on HF. Some people refuse to move a kc when the band is wide open. Each of them could move a half kc and solve the problem but they would rather fight....meanwhile the adv/extra portion of the band is empty.
Reactions: drgrant
M

That's true.
In this case the waffle is doing it for one reason: to be a dick.
Nothing more, nothing less.

The guy is predictable. He will do it again.

Re-reading the article, it appears he was not attempting to "jam" the repeater - he couldn't. This had gone on for some time and without others able to hear the (his) weaker signal - because of FM's "capture" effect of signal - many would not hear it - only the repeater which propagated thru the terrain having the advantage of height and power and as if needed - PL tone.

This appears to be a specific target harassment issue of where he parked close to the target persons receiver - not the repeater - for a specific reason. This was a planned event - or attack - we can only speculate from the facts presently available. We have to wait for the trial and if they will release the transcripts to the public - which may never happen if minors are involved (estrangement issues)

This is where it goes wrong for him, because it shows intent to harm - single out one specific person and only to be within range to quench, or overwhelm that persons receiver. One can only imagine the "one sided" conversation the person is dealing with in having to listen to it.

So he knew what he was doing, and in regards to general mayhem he would cause - the above being a one-on-one event shows that he simply has issues with how the world has left him behind.

A lot like Hannibal Lector "Inviting a friend for dinner"

...The purpose of this site is not to inspire violence or hatred of the members of the Gator Amateur Radio Society or The Southwest Louisiana Amateur Repeater Club, or whatever the hell they want to call themselves...
Click to expand...

It's what is left, said after the "Whatever" in the above phrase, that is disturbing. It's self-immolating the whole purpose of the website.
Last edited: Oct 19, 2018
M

Well, if that is what he was doing - singling out one person - and this person is listed on this website of his...
Well, gee wiz.

I think we know where that case is going.

Copyright © 2018 Bluewaffle Radio Network - All Rights Reserved.
A network of 1. This guys must be completely delusional. Laughable that he would go through the trouble of putting up a website to try and defend his behavior. I'm just glad he lives in Louisiana and NOT Illinois!
S

Hmmmmm!!!!! I was thinking, maybe the reason he acts like he does is due to PTSD you know he IS a combat vet.

Great...hand a guy that's seen combat and has not yet recovered - a microphone and radio and ...

...you know the rest of the story...
Reactions: Staybolt

Martian said:
That's true.
In this case the waffle is doing it for one reason: to be a dick.
Nothing more, nothing less.

The guy is predictable. He will do it again.
Click to expand...

Yes, if one fully understands the definition of being a 'dick'; then that is what he is acting out. Why? Dunno. Seems to be an angry guy that is channeling his anger in his own constructive way. Constructive? Not really. He IS a radical. Think that is why people listen to him. A radical that is acting upon his anger with the gov't and the world around him while we listen and watch him destroy himself. Are we listening to his cry; or are we enthralled with his creativity? Both? Neither?

He is creative and has not found the best outlet for his talent. He has talent. He shouldn't waste his time doing it on radio. Instant gratification? Yes. Perhaps if he wrote a book or write a screenplay, he could be more of what he is trying to accomplish. Just some observations . . .
Last edited: Nov 30, 2018
Reactions: Staybolt

Staybolt said:
Hmmmmm!!!!! I was thinking, maybe the reason he acts like he does is due to PTSD you know he IS a combat vet.
Click to expand...

He's was accused of that on the air. I heard him say(in his view) "that shit(PTSD) doesn't exist." 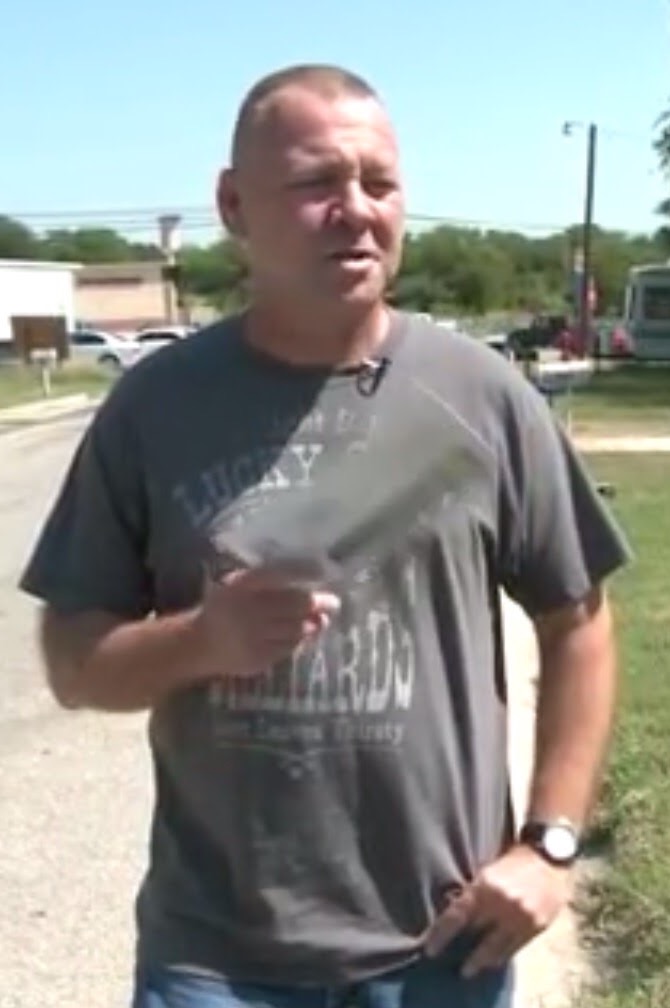 Waffle got a love letter from Laura Smith LOL!
S

I dont at all condone what the guy is doing but the one video of that fat Santa Claus looking bastard messing with his antennas i dont agree with at all. Thats flat out trespassing. Hes very lucky Jerry didnt kick his ass or worse, but a slug in his fat ass....
S

Put not but. Stupid phone.
S

Any new news about this?
J

Is he still on the airwaves?