Here's an amplifier I had never seen nor heard of before this one came to visit a while back. It's a brand name I really don't associate with legit ham gear. No idea how many of these they made. 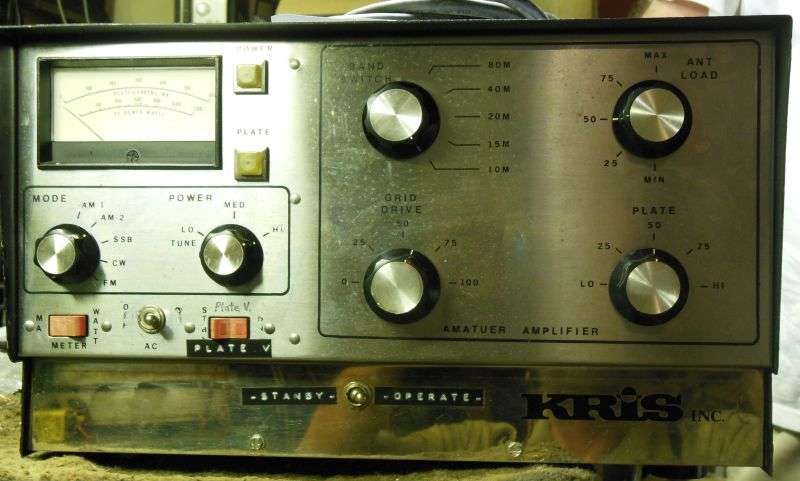 Or when it was made. Dates visible on filter caps are 1974.

Has two 4CX250B tubes in parallel. 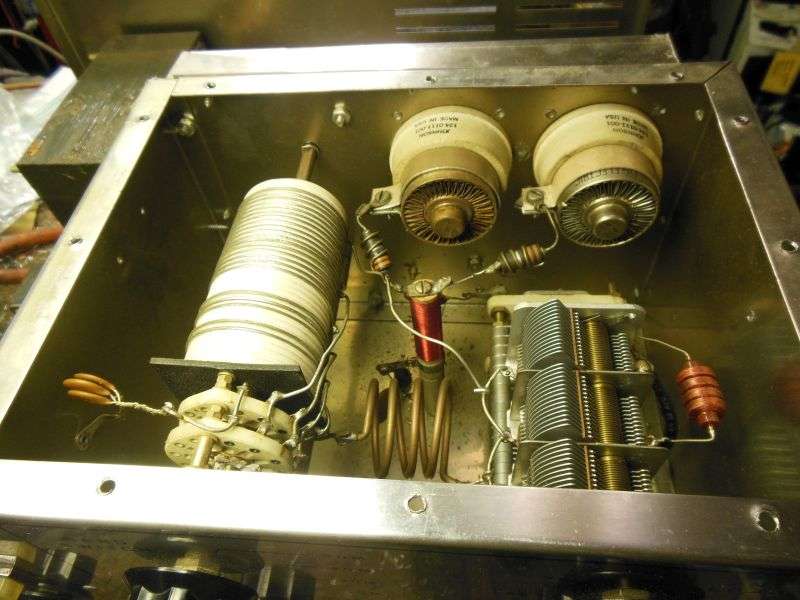 This tube takes scandalously little power to drive. 9/10 of the power from a wimpy legal CB gets thrown away in resistors wired across the tube's input side.

Seems like they wanted to also accommodate the drive level from a typical 100-Watt ham transceiver. So, instead of throwing 90 percent of the drive power into resistors, you'll throw 99 percent of it away. Brilliant. 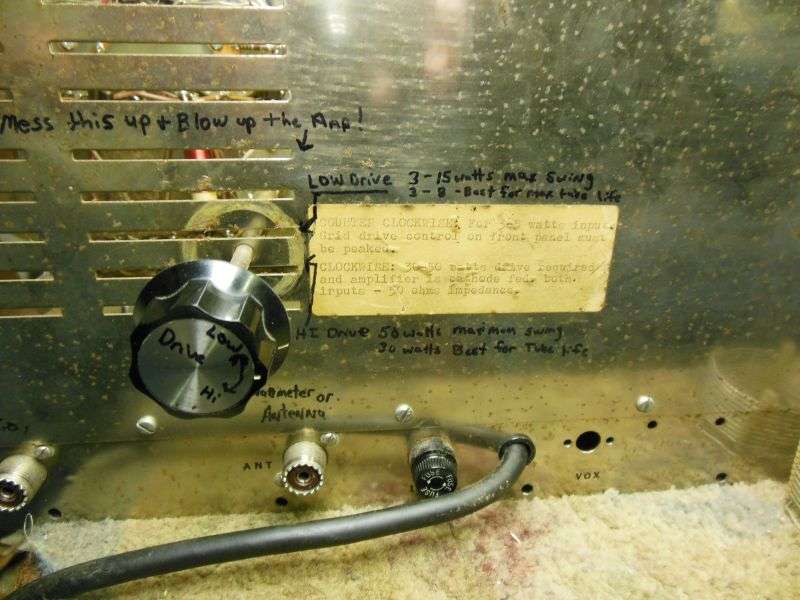 Looks just as wonky up close. 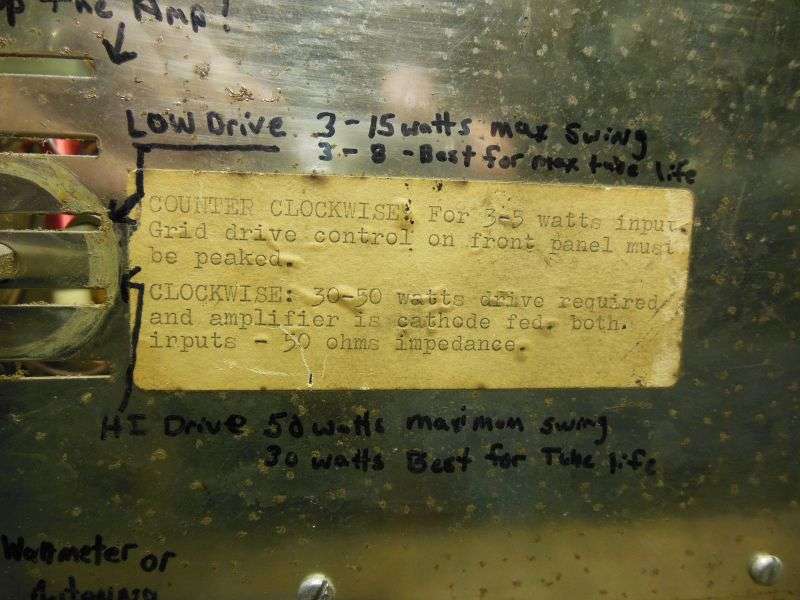 This is what's on the other end of that knob. 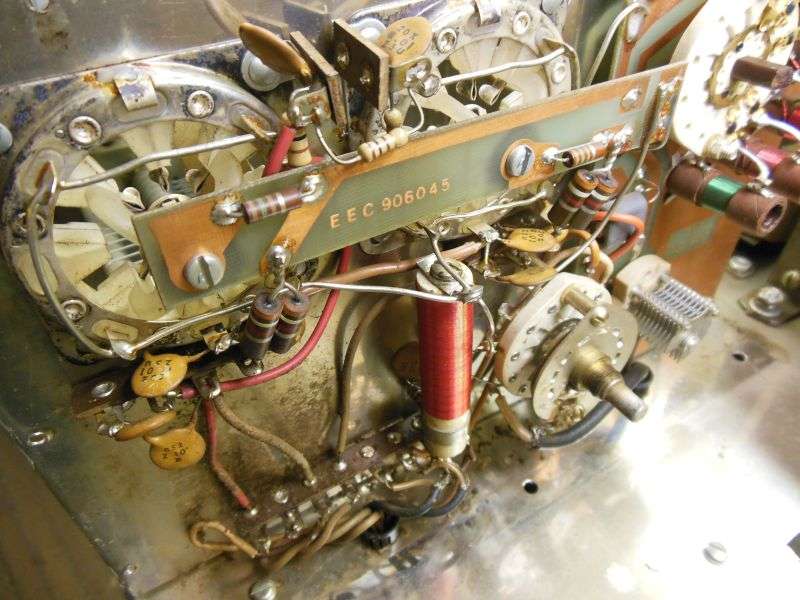 This appears to select between grounded grid and grounded cathode. The higher drive level in grounded-grid mode will be closer to that 100-Watt peak level, but not quite.

In the interest of sanity, this got removed. The owner only wanted straight low-drive 11 meter input, so that's what he got. 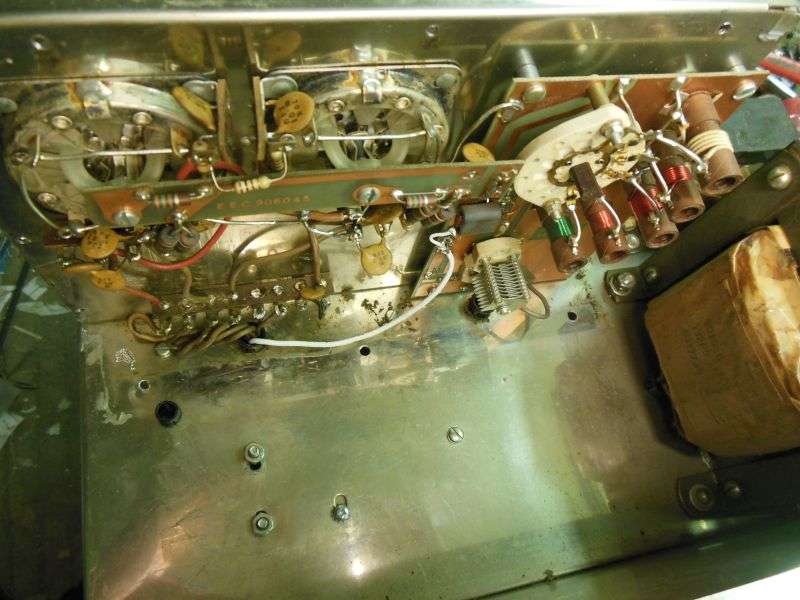 The underside looks legit enough. Except for the 1974 date codes on the HV filter caps. 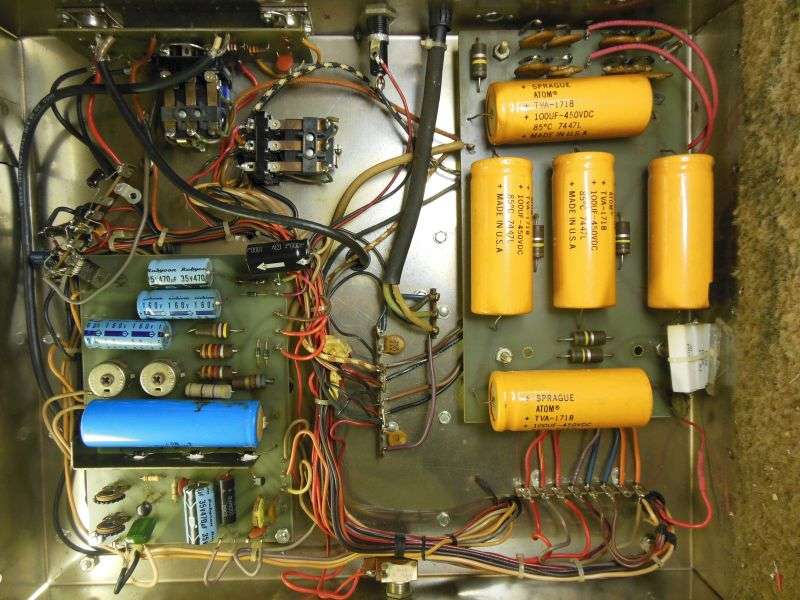 In all honesty, I would admit to a lot of good points in this design. But if what your marketing department wants is credibility in the ham-radio market, you could start with hiring a proofreader. 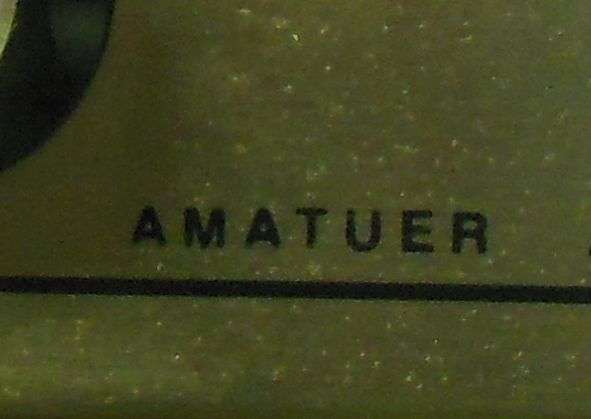 Yeah, I purposely copied this misspelling of "amateur" for the title of the post. After all, that seems to be what it's called.

And no, I have never even encountered the slightest rumor of a manual or a diagram for it.

73
Reactions: buickid, Holydvr, Crawdad and 5 others