ForestRunner98 said:
Central Florida came into SoCal this evening! Pretty cool! I tried making contact but no dice. Base stations were getting in no problem. Did make contact with someone in Mexico though! A few hundred miles at least.
Click to expand...

Socal to Florida is typical in the winter.
Im usually on 19 or 28.
Reactions: Shadetree Mechanic, Slowmover and S&W357

Radio has been dead as Elvis the past couple of weeks. I "might" hear a split second of skip but that's it. Talked to a guy in Navar today but that wasn't skip.
Reactions: Slowmover and S&W357

Tokin said:
Socal to Florida is typical in the winter.
Im usually on 19 or 28.
Click to expand...

Not for this guy! Only been into radio since January of this year.
Reactions: Slowmover, S&W357, Tokin and 1 other person

ForestRunner98 said:
Not for this guy! Only been into radio since January of this year.
Click to expand...

Are you broke yet?
Reactions: Slowmover, ForestRunner98, S&W357 and 1 other person

338_MtRushmore said:
Are you broke yet?
Click to expand...

If not it wont be long.
Everyone knows CB stands for Constantly Buying and Constantly Broke.
Reactions: TheRealPorkchop, 144inBama, Slowmover and 1 other person

338_MtRushmore said:
Are you broke yet?
Click to expand...


Tokin said:
If not it wont be long.
Everyone knows CB stands for Constantly Buying and Constantly Broke.
Click to expand...

I am on my 2nd radio, one amp, two meters, multiple coax, various connectors, and going on my 5th antenna. Oh man!!!
Reactions: Shadetree Mechanic, 144inBama, S&W357 and 2 others

I am on my 2nd radio, one amp, two meters, multiple coax, various connectors, and going on my 5th antenna. Oh man!!!
Click to expand...

Unless you’re tellin’ us the same malarkey you pass along to the old lady.

Thirty-some years go used to occasionally go flying with a neighbor. He’d perfunctorily remind me each time his wife only knew about one of his airplanes.

His son had 2-3, but there were another half-dozen besides.

She only knows about 1 radio, 2 antenna. The rest of the “stuff” is just odds and ends.

She not stupid...she probably knows. All thr other hobbies I have on top of this now. She goes with my track record. LOL
Reactions: Tokin and Slowmover

I'm on my 3rd radio (counting the over-priced 148 I just bought), 4th amp, 3rd meter (bought an MFJ -880 because the Daiwa 501 never did right and an old RS 2K just because.) and 1 antenna since I've gotten back into the hobby....within the year. I've promised myself I'll stop now....for the 5th time now.
Reactions: Slowmover and Tokin

Within the last year and a half not including my antenna and thats still not all of it, theres more in the house...

AURORA SURPRISE: Auroras were not in the forecast for Oct. 5th. "We headed out with a small tour group with rather low expectations," says Markus Varik of Tromsø Norway. "Little did we know, we were about to get completely blown away." This is what they saw: 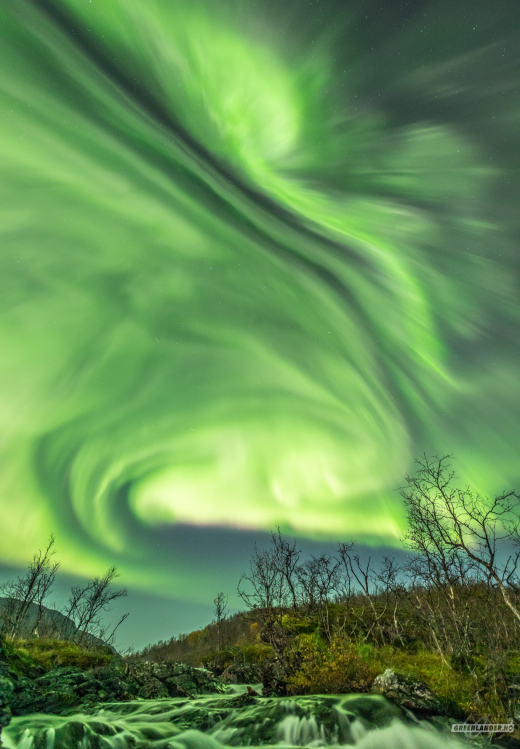 "The sky was filled with pinks, ripples, waves, dragons, angels, jellyfish, and more," says Varik. "Amazing evening and it lasted for at least a hour straight."

What happened? The forecast did not anticipate a crack in Earth's magnetic field. In the jargon of forecasters "BsubZ tipped south," opening a fissure through which solar wind flowed. The result was an aurora surprise.
Reactions: Shadetree Mechanic, Slowmover and 144inBama

Sideband may not have been much good anywhere — and though I’m no fan of having to drive up here (don’t get paid enough) — but North of DC, East of Harrisburg, PA, West of Springfield, MA, and South of Albany, NY, has the best CB Radio presence in the United States.

Radios of exceptional transmit quality I might run across a few times daily elsewhere. Here, it’s a constant. 24/7.

One can do more in tuning up a mobile (chasing down noise, altering settings for distance, etc) than anywhere else: another reference-quality radio is right around the next curve.

Among them are some of the best I’ve ever heard based on the distances they are TX & DX with others I can’t hear. And I don’t mean for it to sound like bragging that I’ve got great ears (I know I do), it’s that these other guys are hearing as well or better (10-miles plus).

I don’t assume they’re all in Class 8 tractors. There’s a variety of vehicles used for business to & fro from Metro NYC. (I see more scanner and dedicated monoband antennas than anywhere else, also; every vehicle type).

I’ve noted before the regularity of men who speak to one another daily and aren’t of the same firm or doing the same work (of which there are plenty besides).

Had wrecks out behind & ahead of me having turned off the NY Thruway and headed west on IH84 in PA past noon today. Quite a lot of info being passed and time/miles speculation. Relays of info 40-miles back & forth with oversized load operators and 1-2 intermediates.

Open your Atlas and use a compass to draw a circle somewhat larger from the boundaries I’ve described for your next vacation in Happy Motoring.

Got South America booming in here to KY this afternoon. Several contacts in Brazil and Argentina.
Reactions: Shadetree Mechanic, S&W357, ForestRunner98 and 4 others