many years ago my my brother & some local kids saw something in our small wood behind the house that was much stranger & much closer than any light in the sky,

until recently i have not been able to explain what we saw and be the least bit satisfied that who im telling has any freaking idea what im trying to get them to imagine,
with the advent of meta materials & coatings like vantablack you can have some idea of what we saw,

to cut a long story short ( is it just a story ) i think most are,

put shaq oneil in a contamination suite, give him a big cordless drill with an auger,
a strange drill that you hold near the front with your arm through the handle & the battery slung underneath,

spray him & whatever it was in his hand in vantablack but the mk10 version that absorbs 100% of all visible light so that he looks flat black & featureless like the vantablack face but blacker and from all angles but has depth when viewd from the side so its 3dimensional,

imagine a coating that makes vantablack look relatively shiny, its coming,
i have seen it

no idea who/what we saw or what would have happened if my father had got there with the pitch fork before vantaman left or vanished,

my brother did not talk about it for years until recently when he was here less than 40 yards from where we saw it years ago & when pressed spoke only a few words that said a lot then quickly change the subject.

on a side note that drill sure was cool,
gives you better control of the drill & puts most of the weight well up on your arm,

whoever it was they understood how to make a more ergonomic drill than milwaukee & makita,
or maybe its like one of the other kids screamed "he's got a gun"
Reactions: G GOLLY WAlly, 357magnum, big_sho9 and 2 others

There’s plenty not detectable to measurable human senses (but that doesn’t mean it’s not witnessed).

The only testing you’re allowed to know about (keeps game-changing tech in fewest hands).

Not what, but who measures (is fundamental to “knowing”).

And who publishes (publicizes) outweighs even that.

Words to describe, is how testing works. What if you lack the words?

“Americans are like mushrooms. Kept in the dark and fed horse-shit”.

Invention comes to a screeching halt in 1963. Nothing of significance since.

What’s more likely? That invention truly did stop, . . or that you — the American public — simply don’t know what’s done with your tax money?

There’s not a one of us here can get a conceptual handle on that kind of money; what it can do as leverage.

The Defense Department openly spent a trillion or more (not included above) in “failed projects” since the end of WWII.

Some things disappear from view. Some aren’t ever publicized.

None of it done for YOUR good.

Trust ended when the Constitutional requirement for an accounting of all monies spent was ignored. Trashed.

Deficit spending since that war means you’ve never paid your own way as a citizen for the debt accrued.

That’s the baseball bat used on unacceptable utterings & persons noticing the Emperors New Clothes as “proof” of their befuddlement or evil intent.

See any parallels to social changes on which you didn’t vote? Ha!

Shoot @Slowmover ! - I always thought I was abducted from another planet and deposited here...

With the "Instructions" that Read:

There’s no doubt in my mind that this place hasn’t ever been first or last.

Kingdom of Heaven, is the poetic concept.

To them without souls is the ashes & dust from which formed they will return.

To those with the Divine Spark, Creativity, is their indelible mark in which eternal life is present.

Then I realized I mis-speell'ed Planet - as PLANT

No wonder why the Alphabet we have today starts with A...
Reactions: G GOLLY WAlly, 357magnum and Slowmover

Hornet,mo. The spooklite. I seen it many times.
15 years ago i was sorta bootlegging a huge bunch of scrap meteal out of a quarry,going out through hornet was only way out not crossing scales on I 44 at joplin ,mo and keeping a low profile.
That spooklite woukd jump about n dance around. 1 nite it was on the hood of my old mack superliner. Lots of people gather on weekends at hornet to watch the spooklite
Reactions: G GOLLY WAlly, 357magnum and Shadetree Mechanic 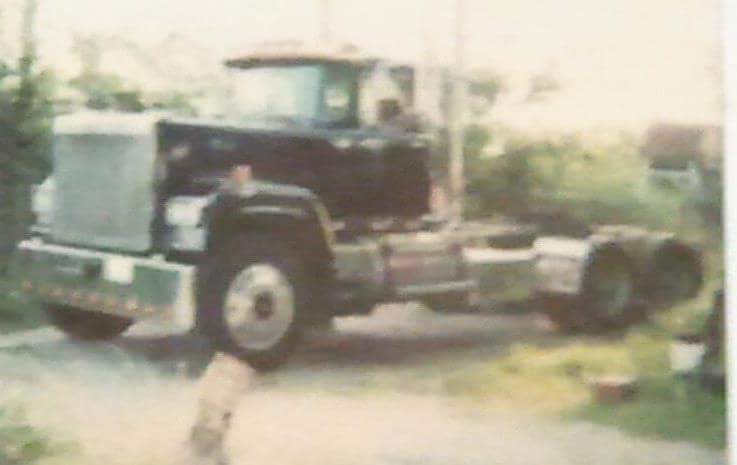 Thats what i used to own,long wide flat hood n that lite seemed to bounce on it
Reactions: G GOLLY WAlly, 357magnum, Shadetree Mechanic and 1 other person

Rwb said:
Hornet,mo. The spooklite. I seen it many times.
15 years ago i was sorta bootlegging a huge bunch of scrap meteal out of a quarry,going out through hornet was only way out not crossing scales on I 44 at joplin ,mo and keeping a low profile.
That spooklite woukd jump about n dance around. 1 nite it was on the hood of my old mack superliner. Lots of people gather on weekends at hornet to watch the spooklite
Click to expand...

Not a giant, but maybe a long lost brother of mine. My family is all primordial dwarfs. My son is 6' 9" tall and I call him the runt of the litter. The air is always cleaner up here as well. I never smell to sewer gasses all the other complain about.
Reactions: G GOLLY WAlly, Christopher17, Justme and 4 others

Handy Andy said:
Shoot @Slowmover ! - I always thought I was abducted from another planet and deposited here.
.
Click to expand...

Were your instructions hand written folded and put in your back pocket?
When you were deposited here with a parachute that meaning it was a fly by drop off?
Go forth and learn calculus?
Reactions: 357magnum and Rwb

Justme said:
never seen one, and I don't do conspiracy theories either
Click to expand...

Noah was a conspiracy theorist too, and then it began to rain.
Reactions: Christopher17 and Rwb

I believe in UFO'S and paranormal activity, when i was a teenager I saw a orange glowing object, it looked to be the size of a beach ball from my vantage point and moving at a very very slow rate of speed across the night sky. My mom told me it was probably a jet, but we lived near the airport flight path for years and knew what a jet at night looked like, it wasn't a jet I'm sure. But there was definitely something in the sky.
Reactions: 357magnum and Rwb

Proof of his existence?, none.
Or you should believe a book written and based on tales centuries ago, translated and misquoted many times.
Sorry, not buying that either.
Raised Reformed christian, but ditcheed that decades back.
More people control.

G GOLLY WAlly said:
Noah was a conspiracy theorist too, and then it began to rain.
Click to expand...

Reactions: ForestRunner98, 357magnum and Rwb
B

Justme said:
Proof of his existence?, none.
Click to expand...

What about the megalithic stone work all over the earth? i used to haul heavy loads for a living. I know there is No Way a primitive group could cut, move a 1.2 million pound stone, (over mountains) then hoist it 3 stories in the air, then fit it as tight as a lego block. Im just not buying the scientists explanations. Chapter 6 of genesis has to be true. watch you tube vid here:
Reactions: snow bird, Rwb, 357magnum and 2 others

Wow yeah that's very interesting to see all these megalithic block stones. Yeah how did they cut and move all these big heavy blocks. Is it possible that giants moved these blocks into place? And Noah's flood whipped out all the giants, leaving very large stones in place at the quarries seen all over the world.

If we had extraterrestrials help out, they should have left pictures on the walls and selfies with ET. I am sure someone will come up with the answer.